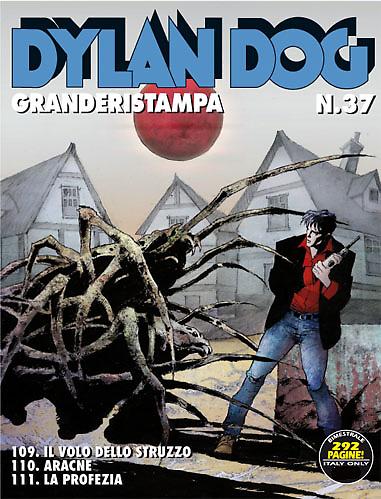 Introduction: The borders of madness and a complicated investigation that will lead to... the Prophecy!

In this world, you have to be crazy in order not to go crazy. This is the unadorned philosophy of Ken Harrel, who used to be a friend of Dylan’s, now lost in the darkest folly. He has come back in the night, to ask the Investigator to accompany him on his last journey, a long pilgrimage into the small horrors of living, towards an impossible island. Where even an ostrich can unfold its wings and fly away…

The bowels of the Earth have swallowed up Julius Bord, a mystery hunter who has disappeared into a mystery. The only faint track leads into the heart of ancient Celtic lands, to the Welsh village of Llandlow, a grim hostile land that seems to conceal unconfessable secrets. Dylan has to accompany Lydia in the search for a vanished father. It’s an investigation that proceeds amid subtle shadows that are as clinging as cobwebs, an investigation that leads to… Prophecy!

Aracne: man and the spider live in the same body… Is this the secret that the village of Llandow jealously conceals? Are its inhabitants, in actual fact, horrifying predators concealed behind a human likeness? In the quest to find Julius Bord, Dylan Dog comes across ancient legends and obscure rituals. Little by little, the fog lifts, but every step into the truth is a thread from the spider’s web that grips its prisoners. And for the Investigator there is no way of escape. Because he is the chosen one…