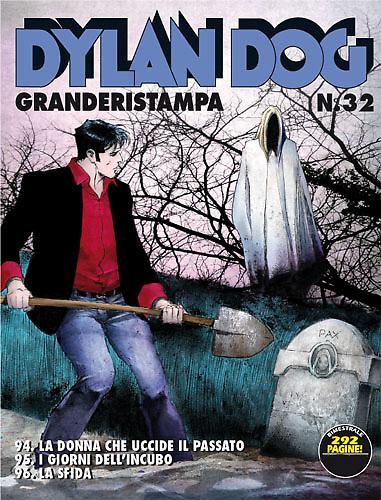 Introduction: A killer woman in between love and hatred, visions from the future and the challenge of a serial killer!

So many women, Dylan, so many love-affairs... So many times they have saved you from your nightmares. But someone wants to destroy them now, an enormous power is killing your past. Who is Hannah, the beautiful and chilly murderer who has been persecuting you? An endless jealousy’s burning in her eyes, an infinite anger and maybe... an equally infinite love!

You always need to look further! Of course, you need to be able to think about the future and its promises, but maybe it’s not always that pleasant... What’s happening to poor Dylan’s eyes? Burning sensations, nightmares, delirious visions of events that haven’t occurred yet. His gaze projects itself for no reason into the time to come and shows him the decay and the death of people and things. But there’s probably an answer, and it’s much closer than it may appear to be…

Brett Pierce, skilled in information technology, isn’t a common serial killer. Something in his "style" makes him special. Arrogant and treacherous like nobody else, Pierce even decides to launch a real challenge to the Investigator of Nightmares. This time – as usual – Dylan is in deep trouble, because his opponent has some very special cards to play…