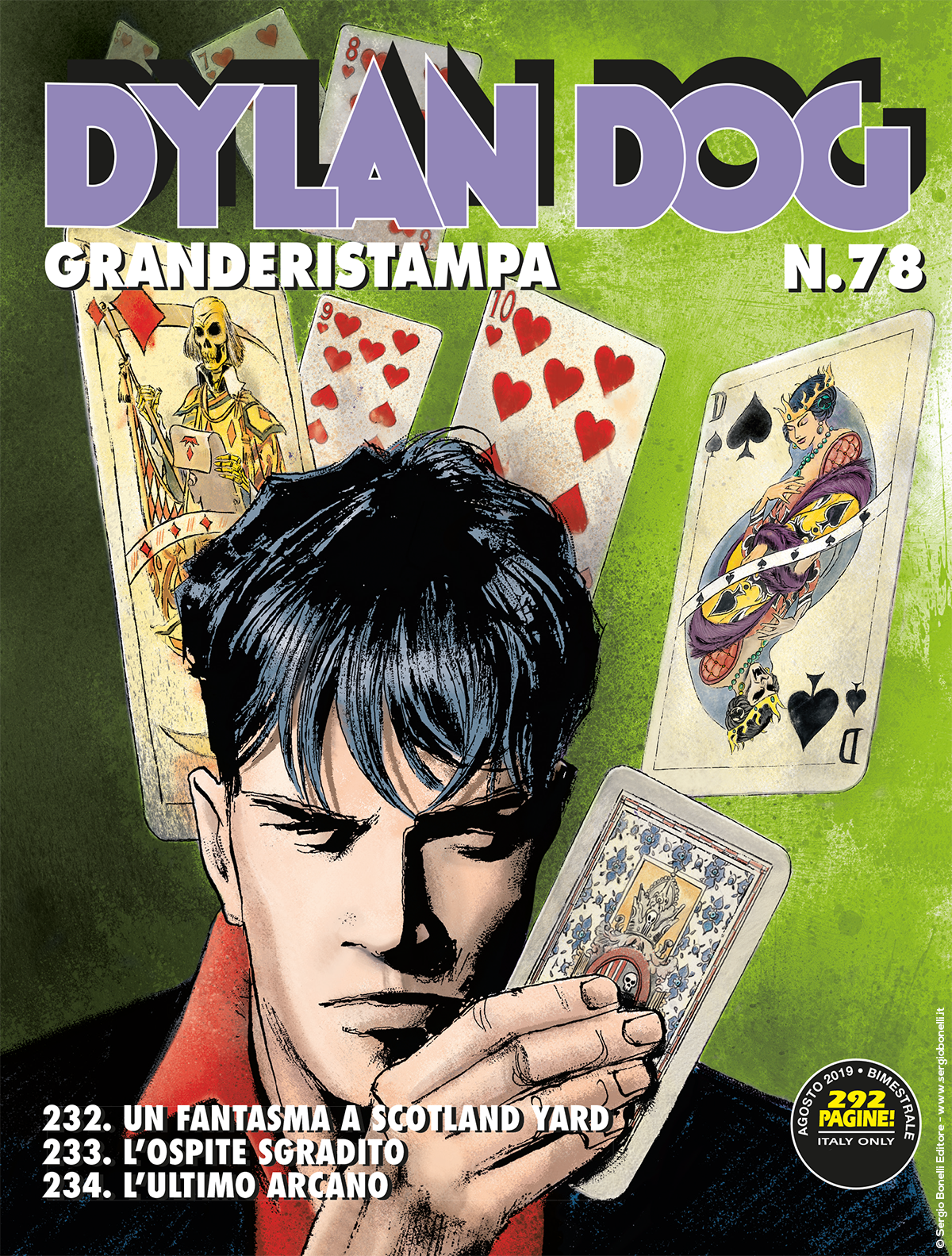 Introduction: A ghost spreads death in the HQ of London Police, an unwanted guest squats the house of Dylan and a tarot card that can drops horrible nightmares...

A strange otherworldly presence hovers in Scotland Yard’s halls, a creature that has seemingly come back from the otherside with a thirst for blood. While he’s locked up in a security cell, a dope-peddler meets with a terrible death, followed by a nondescript archivist, who ends up drowned in an ocean of papers... They’re just the first examples of a list of victims that threatens to go on forever... And the culprit appears to be a female figure that her victims see circumfused by a light aura, before she condemns them to a retaliation  of sorts; a ghost, none the less... Dylan Dog will have to solve the puzzle and set Scotland Yard free from the disquieting presence of an uncomfortable killing ghost...

Convinced that the end of the world is near, Samantha Morris, a client of Dylan Dog’s, takes her own life by throwing herself off a balcony. What connection is there between Samantha’s suicide, an explosion of collective madness and the invisible creature that seems to have taken possession of the home of the Investigator of Nightmares?

For thousands of years, Tarot cards have been considered the ideal instrument to break down the barriers of time. Each card is a key capable of opening the door that separates us from the future, and to enlighten us as to whether our dreams – of love, wealth, happiness – have a chance of coming true in any of our tomorrows. Dylan discovers that sometimes the Tarot cards can play strange tricks: they can throw the door wide open onto the very worst of infernos and transform our hopes into horrible nightmares!