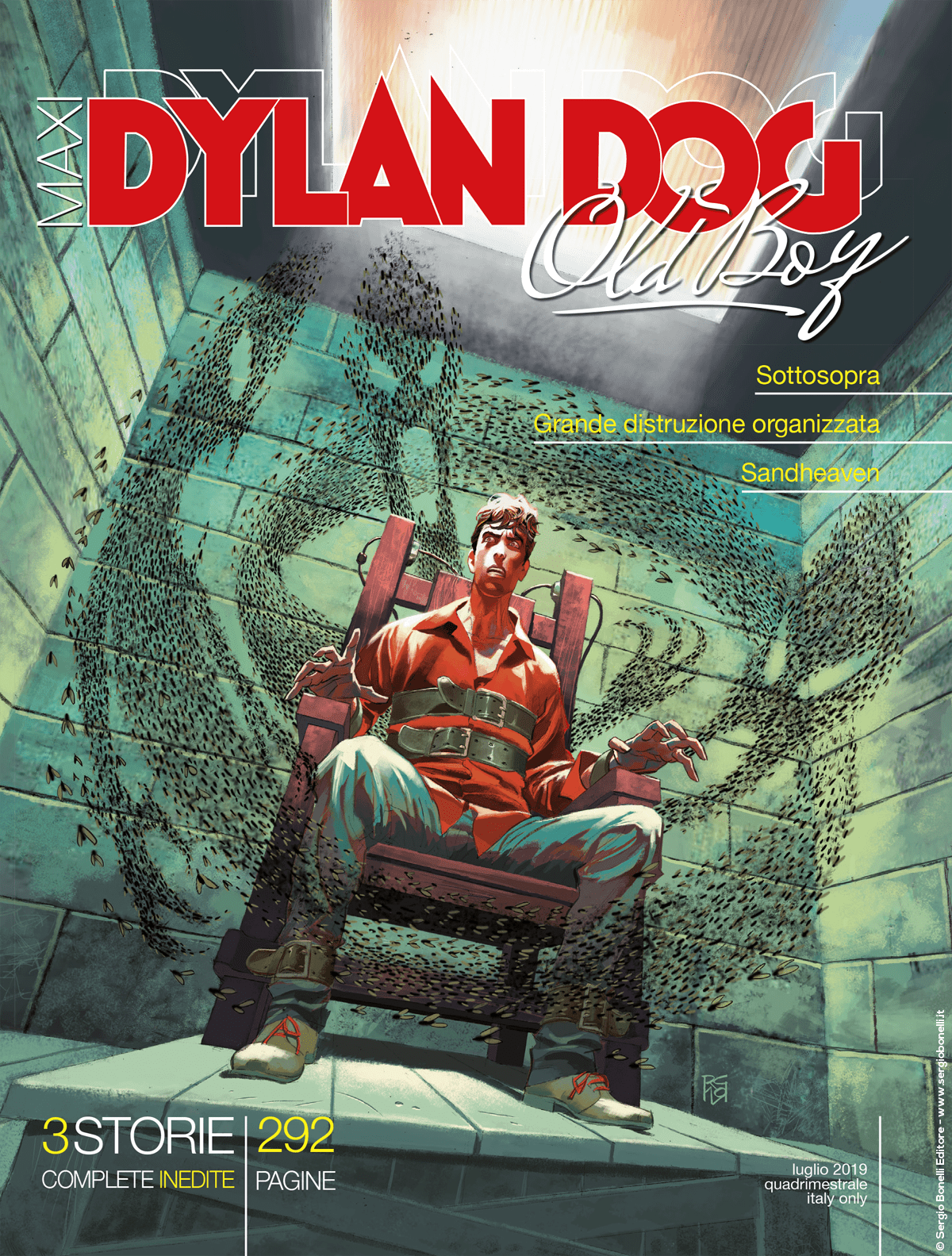 Introduction: Three stories under the sign of the purest horror, for our Old Boy!

Dylan Dog is forcibly taken away by a group of old friends who take him to Buckingham Palace, for a super-secret mission, on the British Crown’s service.

Our Old Boy and his new fiancée go to a new, uber-modern mall in London. But the crowd of customers will find a terrible armed threat inside it.

Marilyn feels that there’s something ominous in her house, something that scares her to death. Also, she finds two portraits of the old owners, who are identical to her and the Nightmare Investigator.