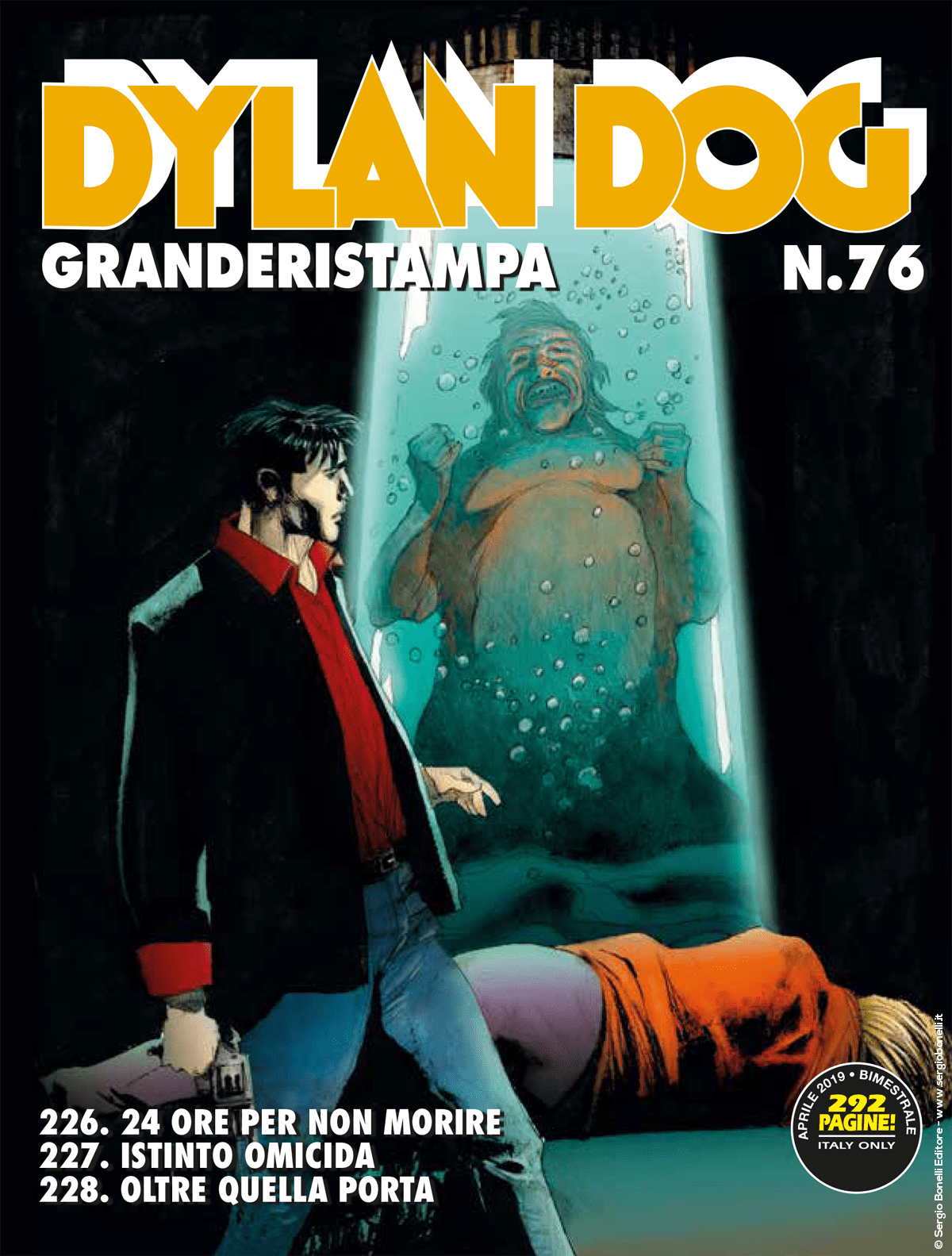 Introduction: A deadly poisoning, a mad Showman and the most challenging test for the Nightmares' Investigator...…

The millionaire Harold Barrett wants to avenge the death of his son Thomas, who was thrown out of a speeding train. And, according to Barrett, there were only two people who had a reason to kill him: Sean Cassidy, a colleague of Thomas’s at work, and Dylan Dog! Poisoned unbeknownst to them by a deadly potion, for which Barrett Senior is the only one who possesses the antidote, Dylan and Sean have just twenty-four hours to discover who amongst them is the real culprit. A competition in which the stakes are life itself !

Joe Storm is the host of one of the most popular TV talk-shows in the whole of England. What the viewers don’t know is that Storm has a secret hobby: performing vivisection on anyone who manages to awaken in him a raving thirst for blood! After twenty-six barbaric “executions”, Storm is found out, arrested and condemned to life imprisonment, only to die mysteriously in the cell where he was locked up. But when another murderer starts to reap victims following the same style as the deceased serial killer, Dylan enters into action to figure out whether Joe Storm has really come back from the Other World!

In a hospital waiting room Dylan Dog is facing his most challenging test. This time it’s not a question of liberating a haunted house from unwanted presences, or of neutralizing a legion of zombies, nor even of exorcizing an enraged demon. This time the investigator of nightmares cannot do anything except wait… Wait for the person who is stretched out on a bed in the operating theater, butchered by a surgeon’s scalpel, to win or lose their fight for survival…