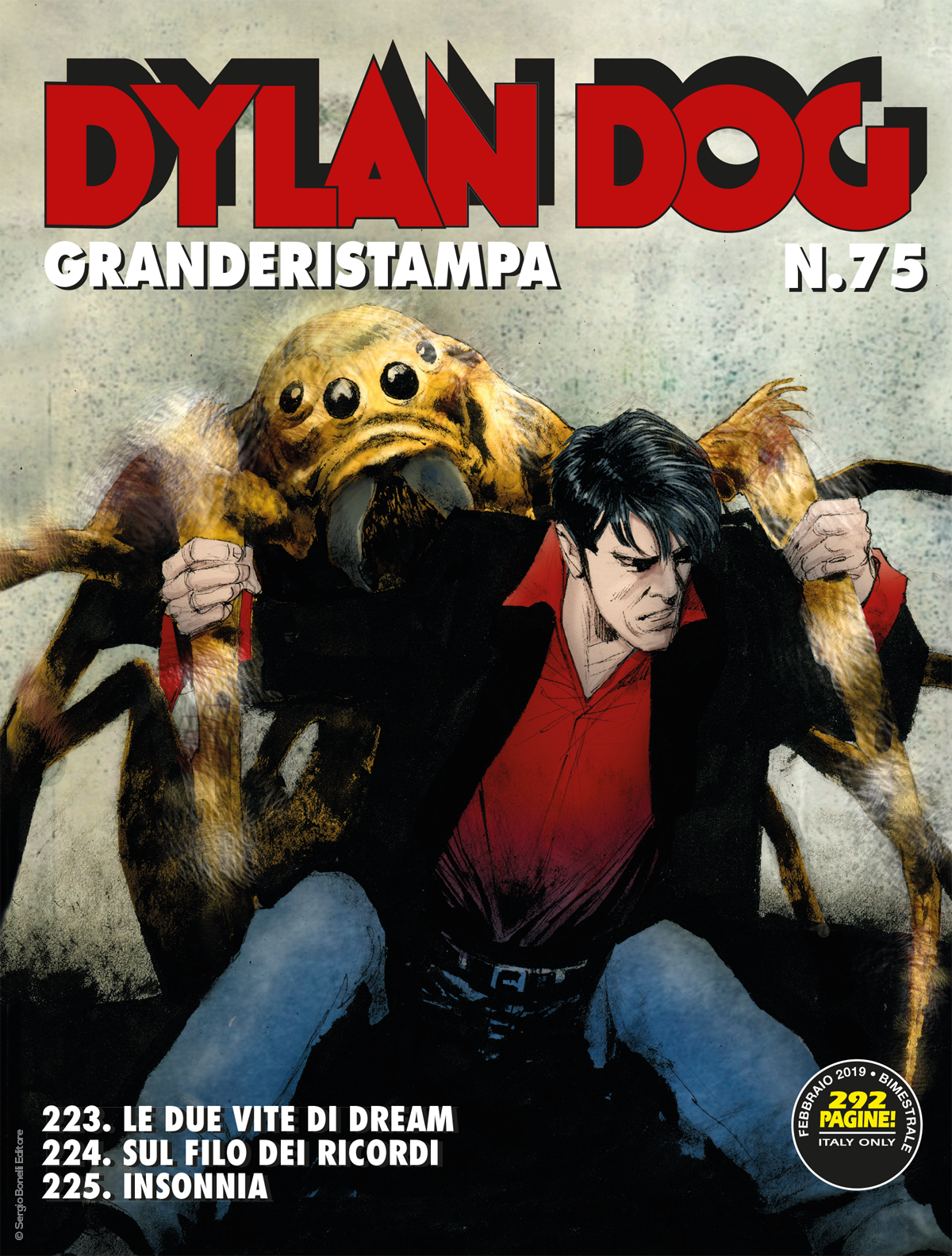 Introduction: A young woman hovering between life and death, a terrible amnesia and a deadly insomnia!

"Dream" is a lovely poetic name for a girl, whose existence unfolds happily up until the moment when she has a terrible accident that leaves her in a critical condition, hovering between life and death. It’s here that Dream’s nightmare starts, constantly transporting her back and forth between existence and non-existence, a nightmare that compels her to live poised between two dimensions, the world of the real and the world beyond. It’s up to dylan Dog to help Dream to face up to and solve this ludicrous situation…

Dylan undertakes an investigation that leads him into the fog of memory lane. Eva Collins has “experienced her own death”. The girl has a perfect recollection of every detail of the moment when the hand of a faceless killer vented a brutal attack on her. The situation is made even stranger by the “illness” she is suffering from: her mind retains no trace of recent memories, which are inexplicably erased after just a few hours. Eva entrusts Dylan Dog with a paradoxical task: to find out who killed her. In order to set about doing this, the Investigator of Nightmares has to illuminate the numerous obscure areas of the past of his new, disturbing client…

Something terrible is going on behind the walls of Quibex, a pharmaceutical multinational that studies sleep disorders. A few years ago, a researcher who hadn’t gotten a decent night’s sleep for years went on a killing spree; today, another scientist who suffers from insomnia is tormented by terrible visions. And even Dylan, who’s trying to figure out what’s behind the goings-on at Qibex, can’t get a wink of sleep any more… But what connection is there between all this and the ancient fable of the Dream Man, the one who drops little grains of enchanted sand into sleeping children’s eyes to whisk them away to his dreamlike world?