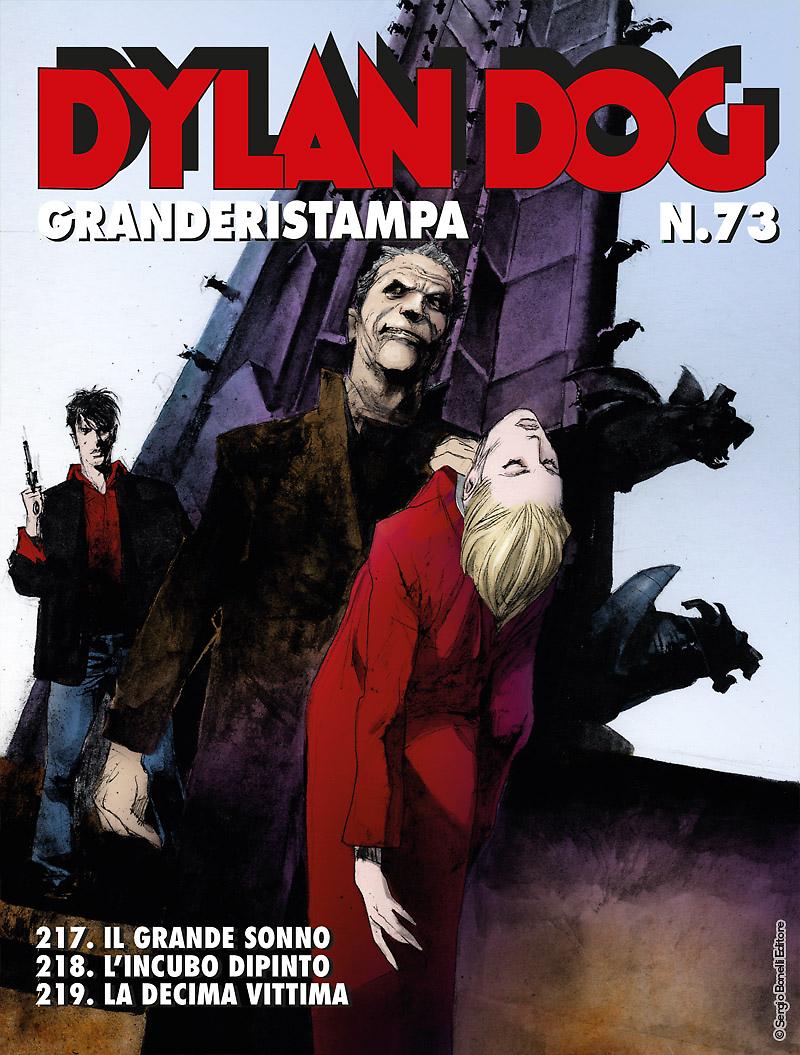 Introduction: A deity that exact its bloody toll, a painter of nightmares and a dangerous book…

It’s the same old story. A naïve girl, a ruthless criminal, a lot of dollar bills. This time, though, Dylan Dog is involved: you can rest assured that the enquiry he’s entrusted with by Georgine Timper – who wants Dylan to find her fiancé, disappeared with all of her savings – is not exactly one of the black-and-white classic tales that gave fame to the “hard boiled” school of Sam Spade and Philip Marlowe. The seed of an ancient horror is concealed among racecourse bets, gambling debts, merciless hunchmen and nosy neighbors. A horror that came back, after centuries, to exact its bloody toll!

A deconsecrated church in the remote hamlet of Ffestiniog is the scene of a remarkable discovery: a fresco has come to light which depicts “The martyrdom of Saint Sebastian” painted by Hyeronimus Quail, an artist who earned himself the nickname of “Painter of Death Agony” because he only ever portrayed dying figures, illustrating their sufferings with unusual realism. There are many, in town, who fear that Quail has come back in search of new pictorial inspiration… And so, the mayor of Ffestiniog hires Dylan Dog to look into the case, but also to demonstrate that the gruesome stories and whispered rumors about Quail are nothing but a pack of lies…

A series of gruesome murders threatens to afflict Inspector Bloch with sleepless nights. One corpse is found butchered with multiple nail stabbings, another devoured by a horde of rats, but the escalation of horrors continues with the discovery of further bodies: decapitated, scalped, hanged, burned alive… A book turns out to be the recurrent element in each of these murders. A book with no title, decorated by a spiral motif on the cover. Each of the victims has leafed through its pages… The secret of the whole affair is concealed between the lines of the work, and Dylan has to discover it ASAP if he wants to stop his dearest friend from becoming “The tenth victim”…