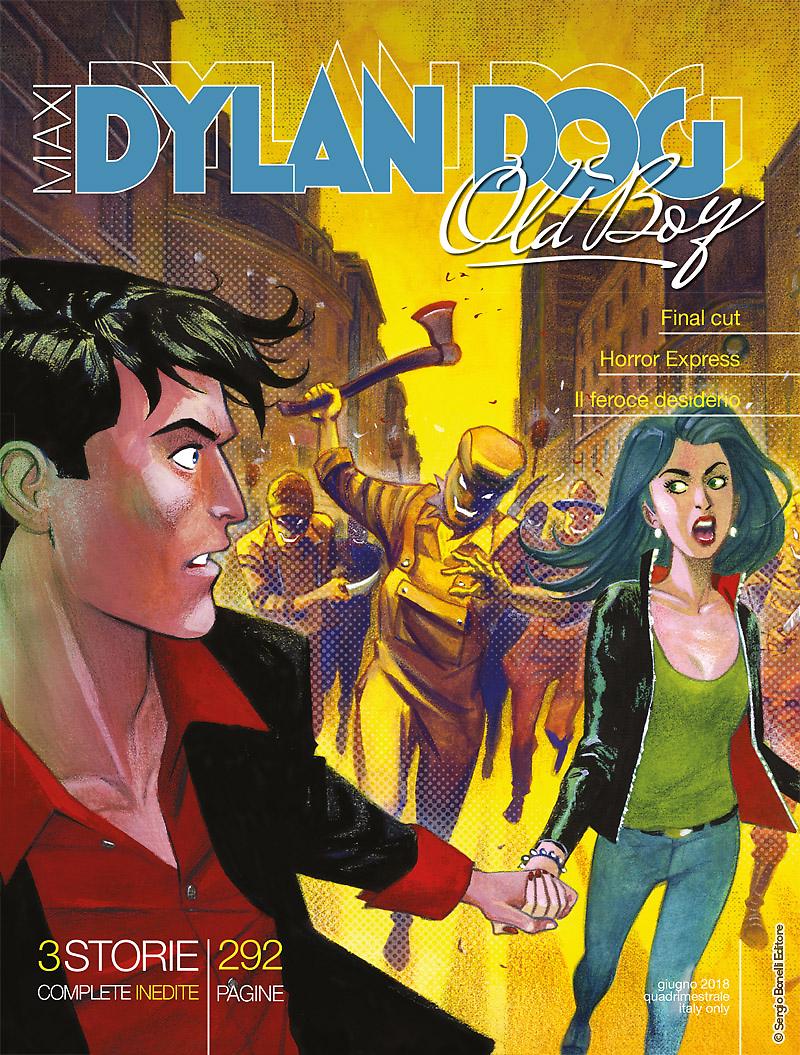 Introduction: Our traditional appointment with Montanari & Grassani is here, with three stories starring the Nightmare Investigator, under the sign of the purest horror!

All the victims of a serial killer called Smileman have been found with a body part in their mouth. Each of them had a different part as if the murders follow a pattern. With Claudius Freman, who managed to escape him, the killer aimed at the heart. Dylan will need to trace Smileman’s true identity, a murderer whose acts appeared to be carefully planned to gain the attention of the media...

A man can’t believe his eyes when suddenly in a park he sees a policeman and a homeless man levitate. Their necks stretch horribly, while blood starts spurting from their ears, noses, and mouths until their heads are ripped off by an invisible force. The Dweller of Craven Road will have to shed light on that unnerving case!

Dylan moves into an old mansion, where the rooms are flooded continuously by artificial lights, to clarify the enigma of a boy who’s affected by a terrible illness. Sinister presences float inside those ancient walls, where the sleep of our Old Boy is haunted by terrifying nightmares...