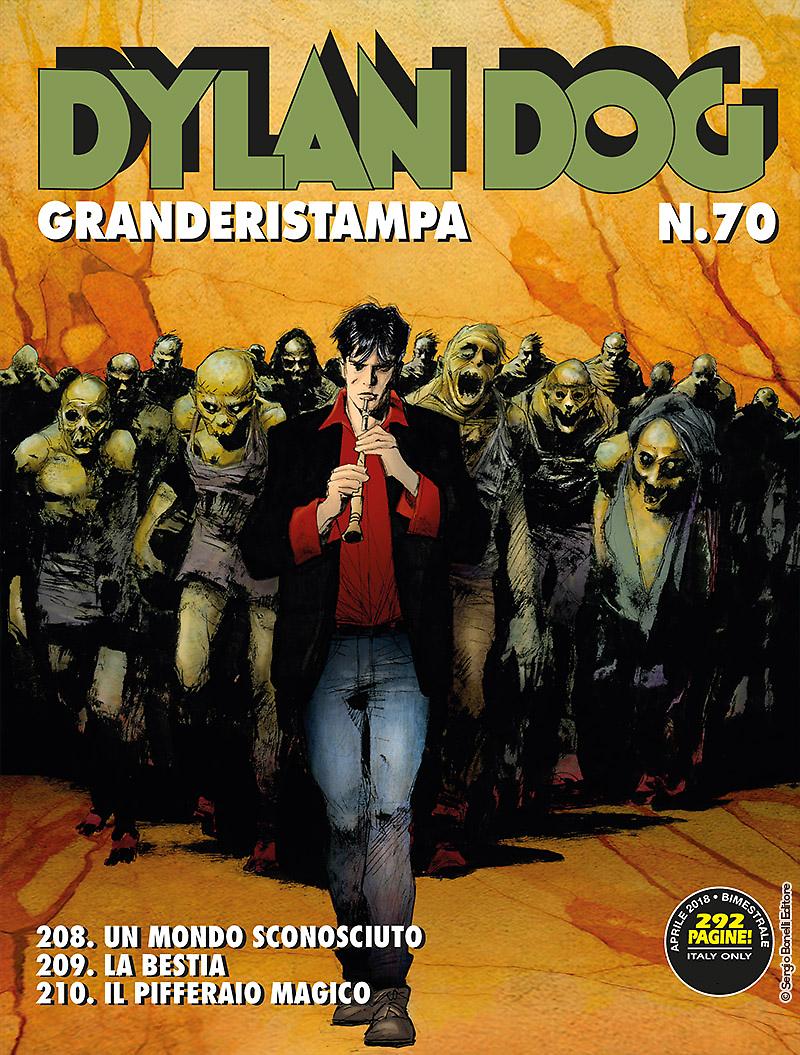 Introduction: A misterious house on a hill,

It’s a large family, the Barathon family - one that can trace its origin back to ancient times. But it’s a family that appears to be doomed to extinction, since Jeff Barathon, the last scion of the lineage, has gone missing together with three friends. Old Lord Barathon, his grandfather, is convinced that the secret of his disappearance is concealed within the mysterious and sinister mansion on the top of the hill that rises opposite the family’s manor house. But who, except Dylan Dog, would be likely to examine the hypothesis of a house with a curse on it?

Rick Samson is well on his way to becoming a true movie star. He has something other people lack… The “beast”, that’s what he says; a primeval energy that gives his acting an unrivaled expressive quality. Pity, though, that when it comes to making use of this energy he doesn’t apply it just to his work! Yeh’, there’s no getting away from it, Rick is a real bastard, prone to terrible fits of anger, which take you completely by surprise and frighten the guts out of you, they’re so violent. What if this thing about the “beast” isn’t simply a metaphor of his art? Dylan is convinced it isn’t, and he tries desperately, and absolutely in vain, to warn Samson’s partner, adorable and ever so sweet Julianne…

Safarà is back. The corner store that sells the impossible can count on special customers, real special ones, the kind you should never disappoint… Yeh’, you got it, there exists a type of customer that can even terrify Hamlin, the ghostly manager of Safarà! And that’s why Hamlin finds himself compelled to beg Dyd to go find – no matter what it takes - a very very precious object: the legendary Pipe that became famous through the Grimm Brothers’ tale.