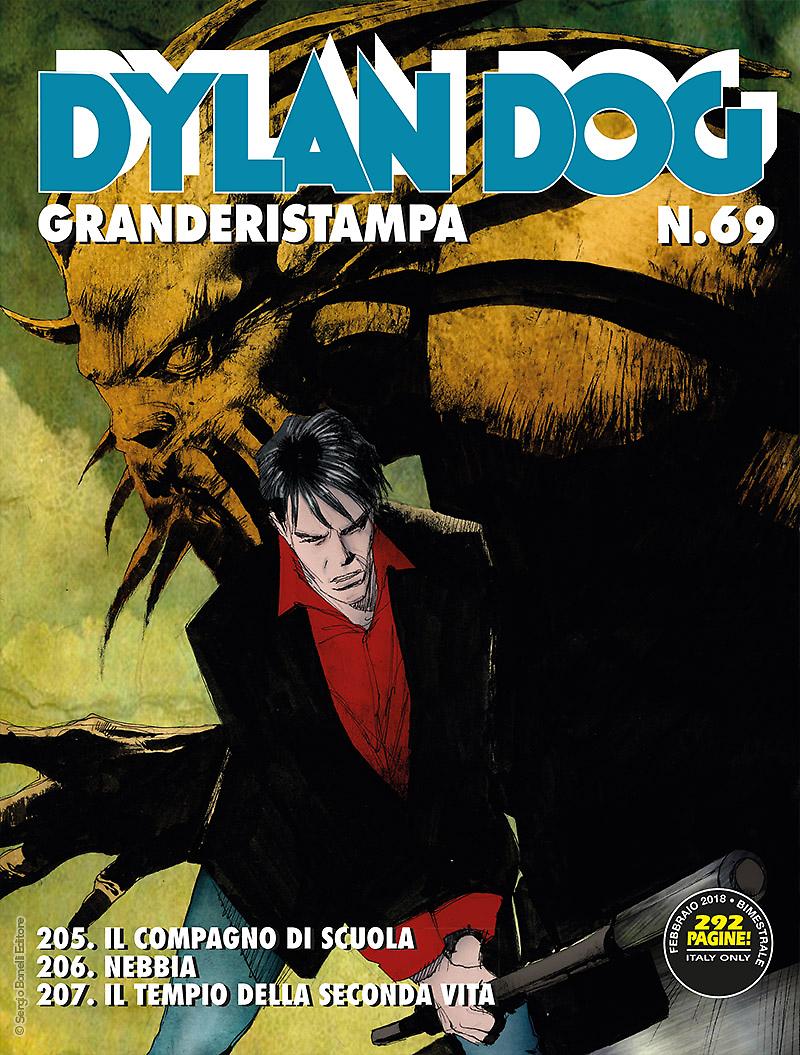 Introduction: A diabolical schoolmate, a deadly mist, and a nightmarish sect...

It’s tough for young John Stanford to settle in among his new schoolmates, at the exclusive Stratford College. Only one student offers him a helping hand, Boris Warshavsky… and this is destined to mark the beginning of a lifelong nightmare, a nightmare even Dylan Dog himself can’t seem to do much about!

A typical London park, a haven of quiet amid the feverish pace of the urban jungle… Or at least, that’s the way things should be. Actually, inexplicable things have been going on in that park, ever since a small child was killed there. Some persons get swallowed up by the fog, a thick, dense murk that seems to feed on the soul’s most unmentionable secrets. And when those poor people re-emerge either they’re dead, or their spirits are dimmed forever. Dylan too loses his way in the mists and, like the protagonist of a knightly “Quest”, just at that very moment, he gains a glimpse into the Heart of the Truth...

"Exit consultant": that’s the way Larry Robson describes his job when he introduces himself to Dylan Dog. More specifically, Robson’s work consists in helping anyone who’s fallen under the influence of a sect but wants to get out; in such cases, Robson offers his services on how to settle back into normal life. Actually, this isn’t strictly speaking the usual field of action for our Investigator, but it can hardly be denied that the Temple of the Second Life, founded by Hogan the Redeemed, is second to none in the matter of nightmares...