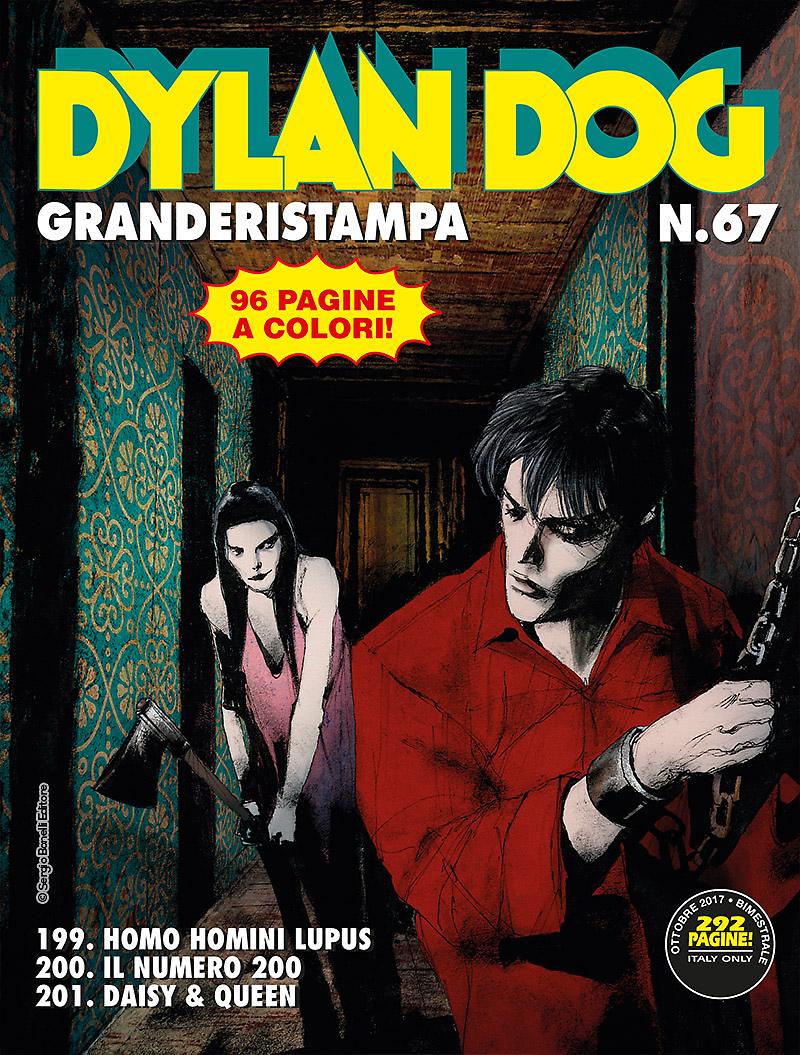 Introduction: An evil teacher, the number 200 and two mysterious twins

Classes are always packed in Professor Emerick’s courses. Yeah, that’s right, and his method for teaching “dysempathy” by triggering the ferinity latent in each one of us can hardly be described as ineffective. Thanks to the advice of the illustrious educator, even a committed pacifist like Dylan can turn into a killing machine, indifferent and unfeeling with regard to other people’s suffering – in other words, a true champion of our time, driven as we are by the imperative of competition and victory at all costs. Fortunately, the Investigator of Nightmares manages to elude the influence of Emerick and of Mazua, the small evil idol that provides the academic with inspiration… And Dylan’s choice, like all courageous choices, will not remain devoid of effects!

Amazing revelations, never disclosed before, succeed one another, page after page, in the two-hundredth number of Dylan Dog. For instance: where did he buy the fateful (and interminable) galleon, and, above all, who from? What was his first job as an Investigator? When exactly did he hire that unstoppable wisecracker who goes by the name of Groucho?

Crossbones, a small township between London and Edinburgh. A small place where three people have already gone missing... Injured and dazed as a result of a car accident that was about to cost him his life, Dylan is rescued by two strange twin sisters, who have strikingly different characters but are united by the same tragic past. Oh yes, Daisy and Queen have saved him, but not even our Investigator would be able to make it clear whether he is their guest or effectively their prisoner. Meanwhile, a screwy German journalist is looking into the mystery of the Crossbones Monster…