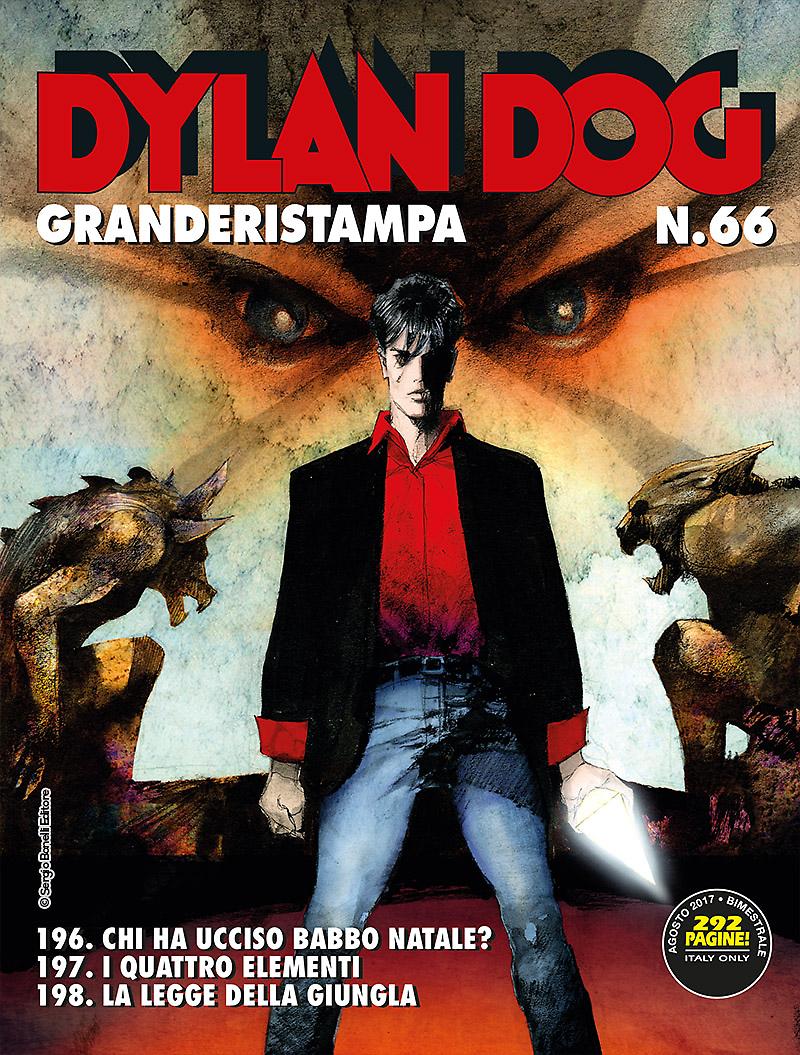 In the days of swords when furious man-to-man battles raged, they were considered almost like heroes… fierce and indomitable warriors nothing in this world would ever have been able to hold back. But now, in the Norway of our own time, individuals branded by the “curse of the bear” are only a disgrace to be kept hidden away. Roald Thornsen is one of these unfortunate beings, who are housed in a sort of prison-cum-hospital, in the region of Helgeland, but someone decides to send him a letter for Christmas. A letter from England, which will lead the poor “bear-warrior” to step straight into the path of Dylan Dog!

What could be more pleasant than an intriguing parlor game as a way of spending a quiet evening with friends? Unless, that is, the brightly colored box that contains “The Lord of the Elements” happens to come from a strange and disturbing small store that appears and disappears… Do the names of Safarà and the sulphureous Hamlin ring a bell? On hearing those names, Dylan pricks up his ears, and if it was up to him, that box should never even be opened. But this time it’s the Game that dictates the rules. And rule number one is that no player can quit the game…

Do you lack a personality? Do you feel as if you’re absolutely zero three times over? When you’re riding on a bus or the underground, do people tread on your toes without even bothering to apologize? The time has come to say enough is enough, it’s time to rebel, to seize hold of the reins of your own existence! Professor Emerick Boyle has discovered a remedy that can transform a Mister Nobody into a a Mister Somebody: with Dysempathy, anyone can get rid of their aggression and Emerick Boyle knows how to find the right key to approach your case. But there’s just one little problem: a few followers of Dysempathy have perhaps flexed their muscles a bit too much. And so, there’s no other way out: the Investigator of Nightmares has no option than to sign up for Boyle’s course in order to find out what can happen when a man decides to follow the Law of the Jungle...