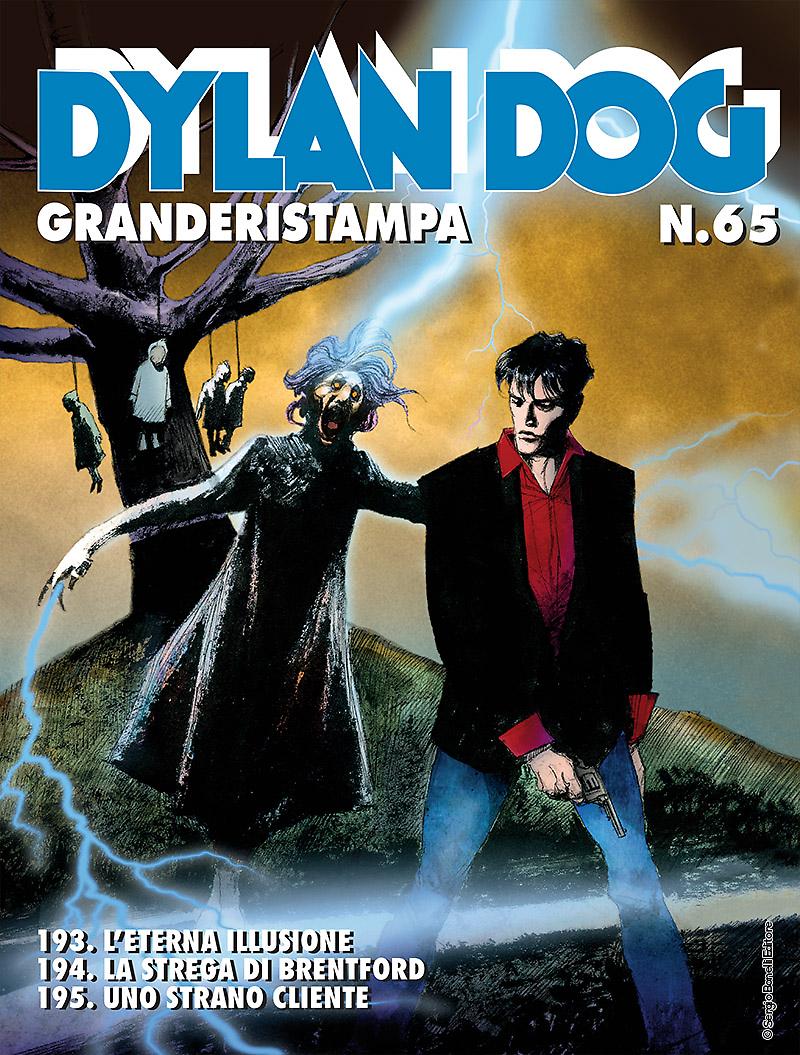 Introduction: A mysterious killer riding a bicycle, a haunted wood and a son looking for his father…

To Dylan Dog, Diane seems to be The Woman, the one by whose side he would opt to grow old and die. So what d’you think, can the Investigator of Nightmares meet the Love of his Life, or mightn’t it be the case that in this world, love is only a tragic mockery? Meanwhile, after the murderous hand of Doctor Gaze has been put out of action for ever, another ruthless assassin is prowling around on the streets of London. Fallen is his name, but it seems that everyone is totally oblivious of his deeds. Where do Fallen’s victims end up? And is it really true that he steals their lives, or does he restrict himself to lesser effects, merely causing their souls to fall into a stupor?

Sybil Warwick, a woman who lived two hundred years ago in Brentford, a quiet village in the backwoods of the English shires, had always been old; the walls of her house were the trees of the forest, her roof a starry sky. So of course it was only to be expected that a person of this kind would earn herself the shameful designation of a witch. And indeed, one dreadful day, Sybil was sentenced to a horrible punishment: she was buried, but she was buried alive! That’s how her sinister reputation arose... It was claimed that she re-emerged from the earth loathsomely transformed, and some say her ghost still roams among the gnarled trunks of the Brentwood forest in search of victims. A legend, of course, but Dylan Dog is well aware that legends, sometimes, can even kill…

There are nightmares that do not belong to the world of the supernatural, yet this does not mean they are any less terrifying For instance, the one little Tommy found himself enveloped in. His father, a boxer who’s gotten himself into trouble by mixing with the flourishing ringside underworld, has disappeared and Tommy is prepared to do absolutely anything in order to find him again, even to sacrifice his little piggy bank to pay the Craven Road Investigator’s fees. Dylan accepts, albeit after some hesitation, convinced that it’s simply business as usual, i.e. just the daily routine of horror…