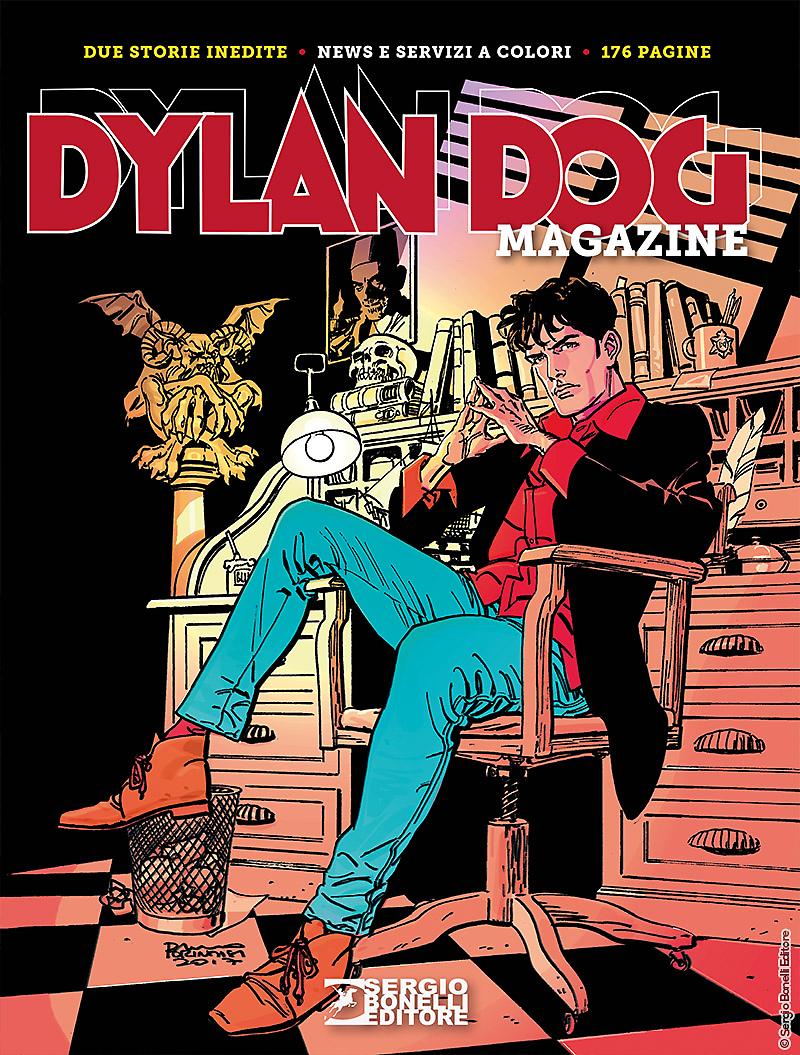 Introduction: Two complete stories, and more! Bloody holidays, scream queens and nightmarish clowns will be in the limelight!

In our Dylan Dog Magazine 2017, we'll focus on a relaxing holiday that turned into a massacre, the ear-rending challenges of the Scream Queens and clown who scare more than they amuse! And also, two unpublished story starring the Nightmare Investigator:

Un new, unexpected character burst into Dylan's saga: it's Henrietta, Bloch's mother. The oh-so-sprightly old lady dragas her son and Dylan Dog to Villa Serena, where she needs to look for an old flame of hers who sent her a letter, asking her to marry him.

During their trip to villa Serena, Dylan will have to face the nightmare of a progressively crumbling mind.