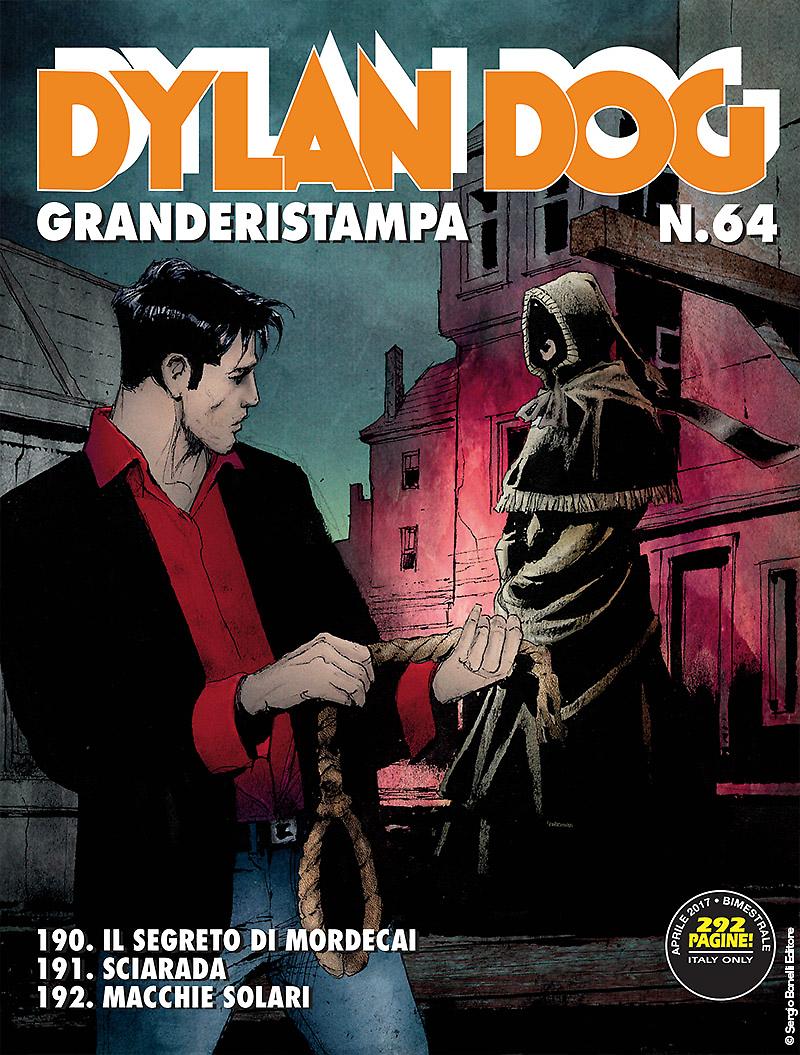 What a memorable final performance by the gypsy Mordecai Hildebrand Chase, a famous illusionist and hypnotist in Victorian London! Arrested on the charge of killing his assistant during the performance, he was remanded in custody and led by Inspector Herbert, an ancestor of our Bloch, to the definitive stage, the one where he would be hanged. What nobody could have imagined, though, is that Mordecai would come back to life as soon as the noose had broken his neck, or that someone would go to the trouble of eliminating – in our own present day – anyone trying to investigate the secret of Mordecai. Such as the beautiful Sondra and a certain Dylan Dog, for example...

A riddle-setting murderer, a tragedy buried under the weight of the years, a young girl condemned to spend her life in an institution for the criminally deranged, who is periodically consulted by Scotland Yard in relation to some of their most obscure and perverse cases. What can have driven her to slaughter her entire family? For Dylan Dog and Inspector Block, the conclusion of the investigation turns out to be even more distasteful and upsetting than they could have expected…

The receiver of Islington is a powerful catalyzer, an opening through which the sinister portents of an unstoppable contagion come swarming onto Earth. What connects the disturbances that periodically ravage the surface of the Sun to the increase in suicides, acts of violence, and accidents, which for some days have literally been wreaking havoc throughout London? Professor Saltman thinks he knows the answer, and discloses his theories to an unusually skeptical Dylan Dog. But this is the worst moment to rediscover the virtues of Reason, and the Investigator of Nightmares is catapulted, together with the eccentric scientist and his daughter June, into a never-ending horror…