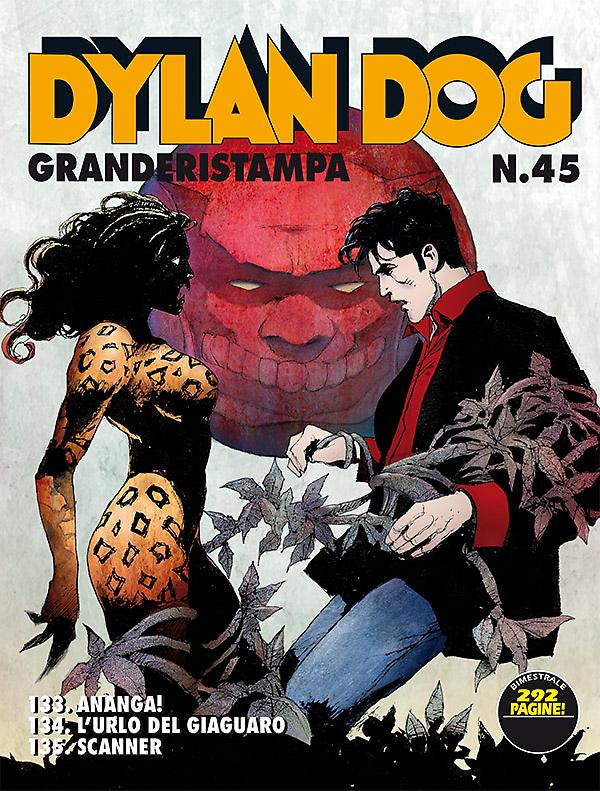 Introduction: An ancient curse, a primeval beast in the streets of London and a hunted girl who has a power that cannot be controlled!

Is it really the powerful God Jaguar that’s infesting the body of beautiful Juma? The echo of lost rites and ancient curses rings out from the Amazon forest… A long-fanged demon has found his way right into the center of the city! Dylan asks Martin Mystère for advice, and he looks for answers in Mister No’s adventures, but the slaughtering continues. On the streets of London, once again there rings out… the howl of the jaguar!

Ananga! The immortal spirit of the jaguar – the fury of violated nature – continues to spill blood all over the city, and a terrible suspicion as well as a cruel destiny hovers around the mysterious Juma. But Dylan believes she is innocent. Amid dreams and vague promotions, he will have to reconstruct an unsuspected truth. The murderous claw, the fury of the primeval beast, actually has a human face…

Little Death, a name that leaves no room for misunderstandings and weighs heavily on Doctor Dagherov’s project, a project of terror. Little Pearl has escaped from the military laboratory of Castletown, slipping between the fingers of death. But now she’s being hunted down. Why do they want to kill her? An uncontrollable force is buried within her, a power that challenges nature itself and leads to immortality…