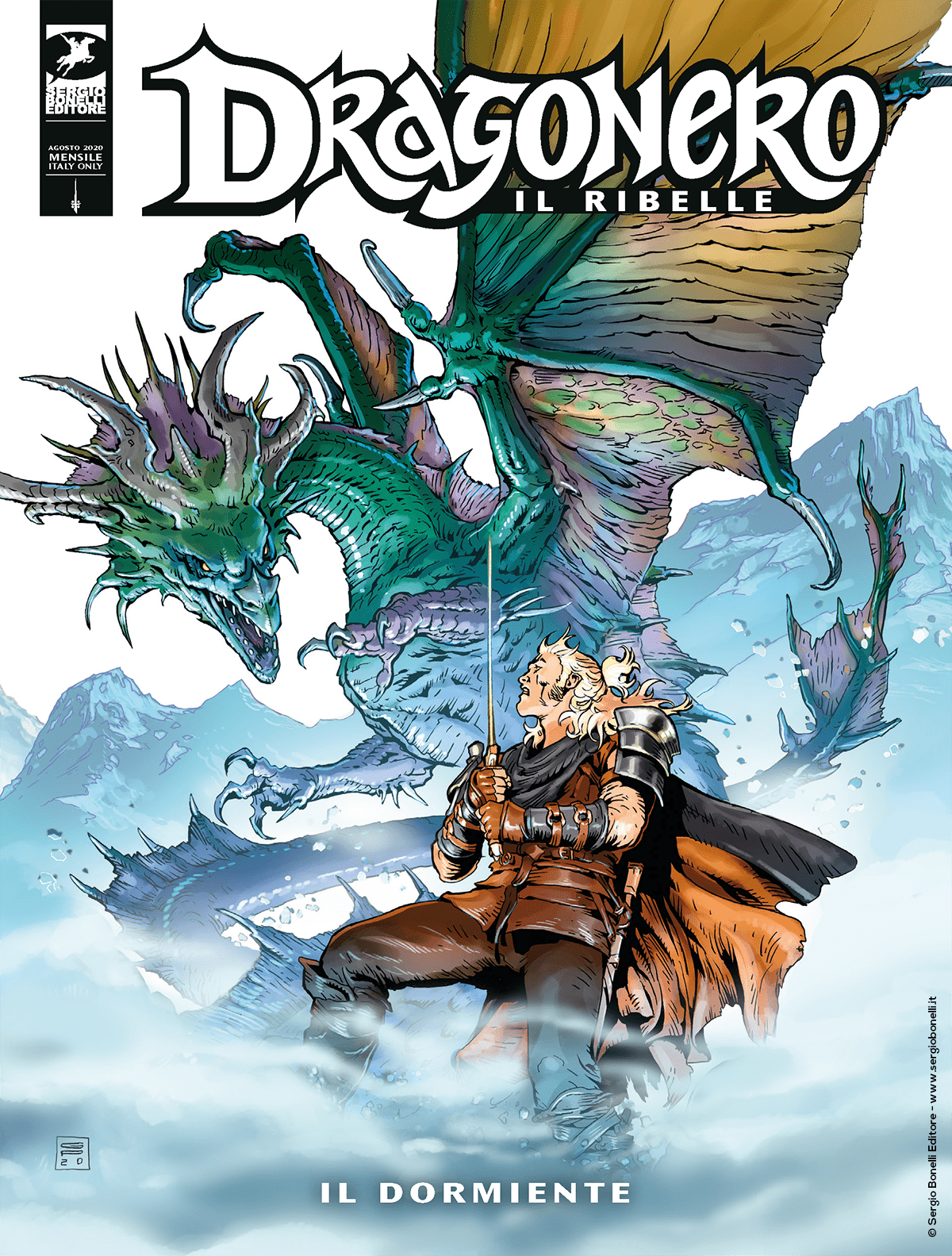 Introduction: A war between ancient and new gods, a mysterious guardian that only Ian can fight!

In the Mountain Enclave's eternal snows, two armies are clashing: on one side, the Empire's troops, aided by the terrible Lady of Tears, on the other side, the legendary Sons of Olhim, whose prayers to the Great Ash won't go unheeded! The clash of axes and shields will couple with a confrontation between the ancient mountain deities and the new, blood-thirsty goddess of the Empire: an otherworldly fight, with a more uncertain than ever solution!
Dragonero, summoned by the woman who once was known as Vetwadart's She-Wolf, will have the trickiest task of all: searching for a healing herb that is necessary to the Enclave warriors, who allied with the rebels, in a fight against the ambitious Leario and the crazed Roney! Only Dragonero can complete this mission, and the reason is in the unique nature of the mystical herb's guardian…