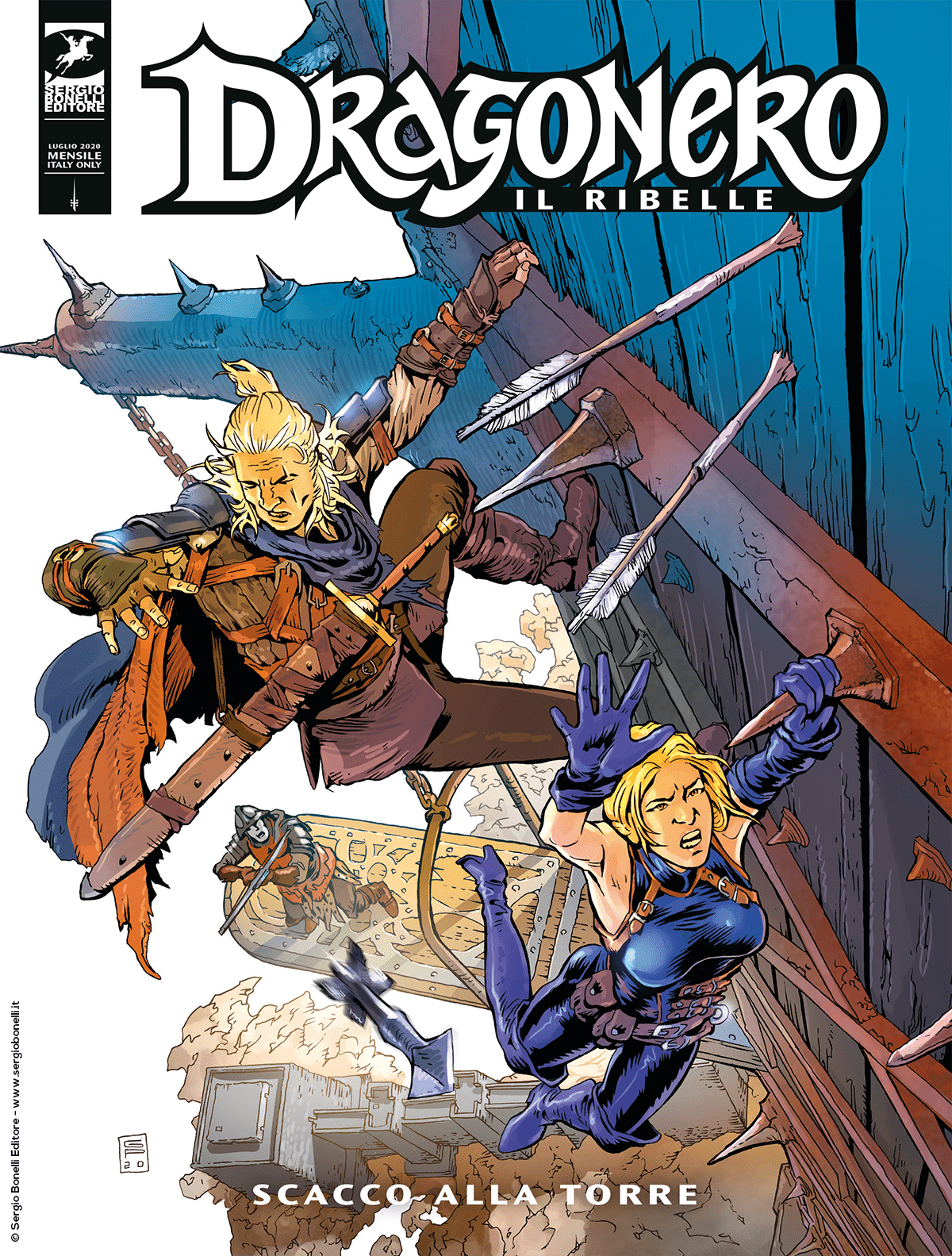 Introduction: Ian & Myrva on a mission in a place that once was familiar and now is the lair of a group of ruthless enemies!

Inside the Tectuendart Tower, the Empire is secretly preparing terrible weapons against the rebels and the kingdoms that are still resisting the reign of terror established by Leario. Preventing the use of these destructive tools is a priority, to avoid the horrible massacres to the population designed by the High Priest of the Lady of Blood Tears. Only one person, among the rebels, know every secret of the Technocrat tower: Myrva. And her brother, Dragonero, will have to escort her on a suicide mission in the heart of the Empire…