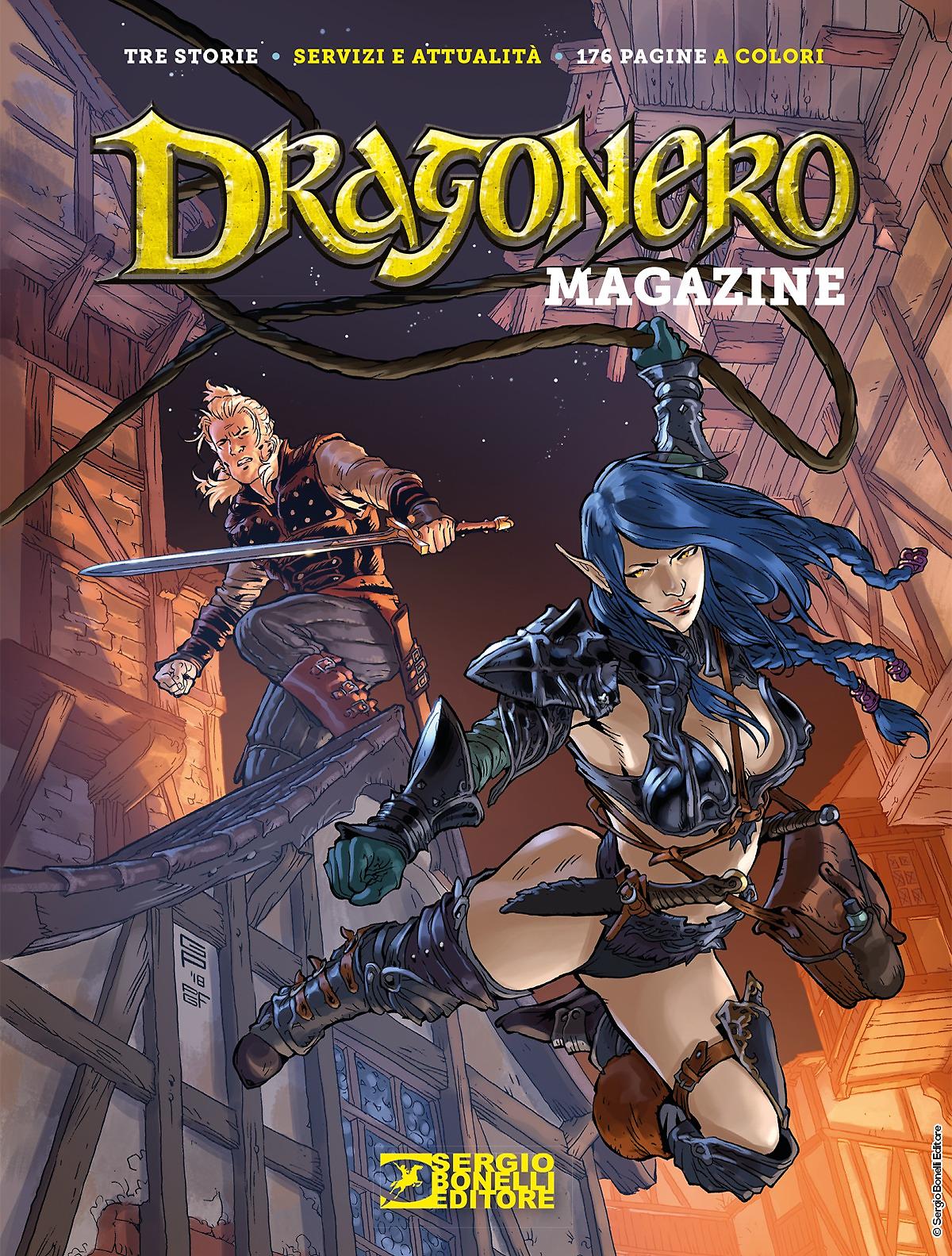 Introduction: Our Magazine 2018 offers an ample menu of in-depth dossiers about the Fantasy genre and three full-color stories!

As in our tradition, Dragonero Magazine 2018 offers a valuable collection of information about the world of the Fantastic, with an overview – chosen by the Sergio Bonelli Editore editorial staff – of the best fantasy movies, books, video games, and comic books in 2018. Also, the album features many interesting dossiers about the genre’s main themes and the different facets of Ian Aranill’s world. The three full-color stories of this Magazine, set in Dragonero’s universe, are signed by three extraordinary artists: Francesco Rizzato, Cristiano Cucina, and Giancarlo Olivares.

The adventure, with art by Olivares, is particularly interesting: “Tre tipi tosti”, written by Luca Enoch and with colors by Paolo Francescutto, centers on the misadventures of three likable and daring thieves. Exceptionally, the series’ hero, Ian Aranill, isn’t featured in it: the adventure was an extra content in the volume “Minaccia all’Impero”. More than one year later, due to its connection to the Black Queens saga that has recently reached its conclusion, we decided to publish this gem again in our Magazine, for the readers that didn’t have the chance to buy the deluxe hardcover issue.