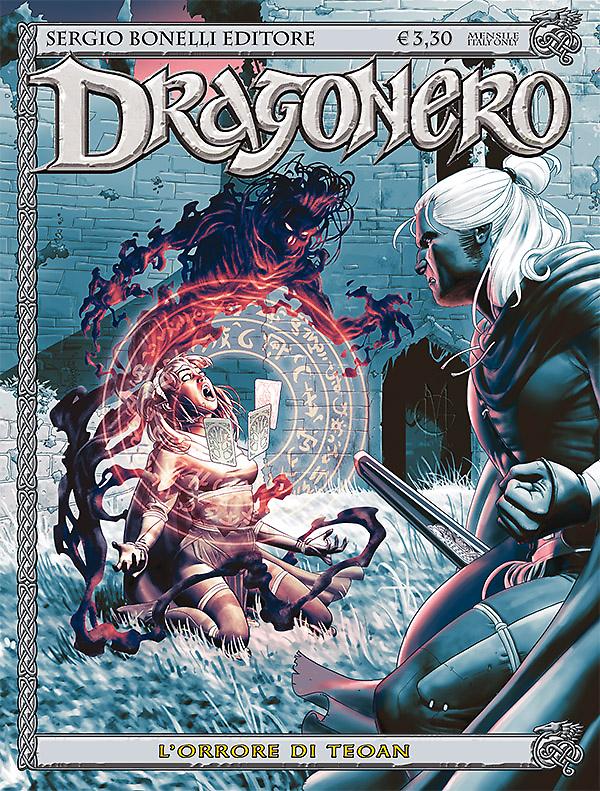 Introduction: When he's sent a call for help in one of his dreams, Dragonero is forced to confront a threat from the past!

Ian receives a mysterious call for help from Rea Covenant, the mayor of Teoan, a city on an island in front of Solian. When he gets there, Dragonero is forced to handle an unexpected attack, launched against this port city by strange humanoid creatures who are seemingly try to capture Rea herself. During their night-long clash, Ian tries to reach the dark place where the creature appear to come from. And he finds out they have been sent by a demon, who came back from the past looking for revenge...