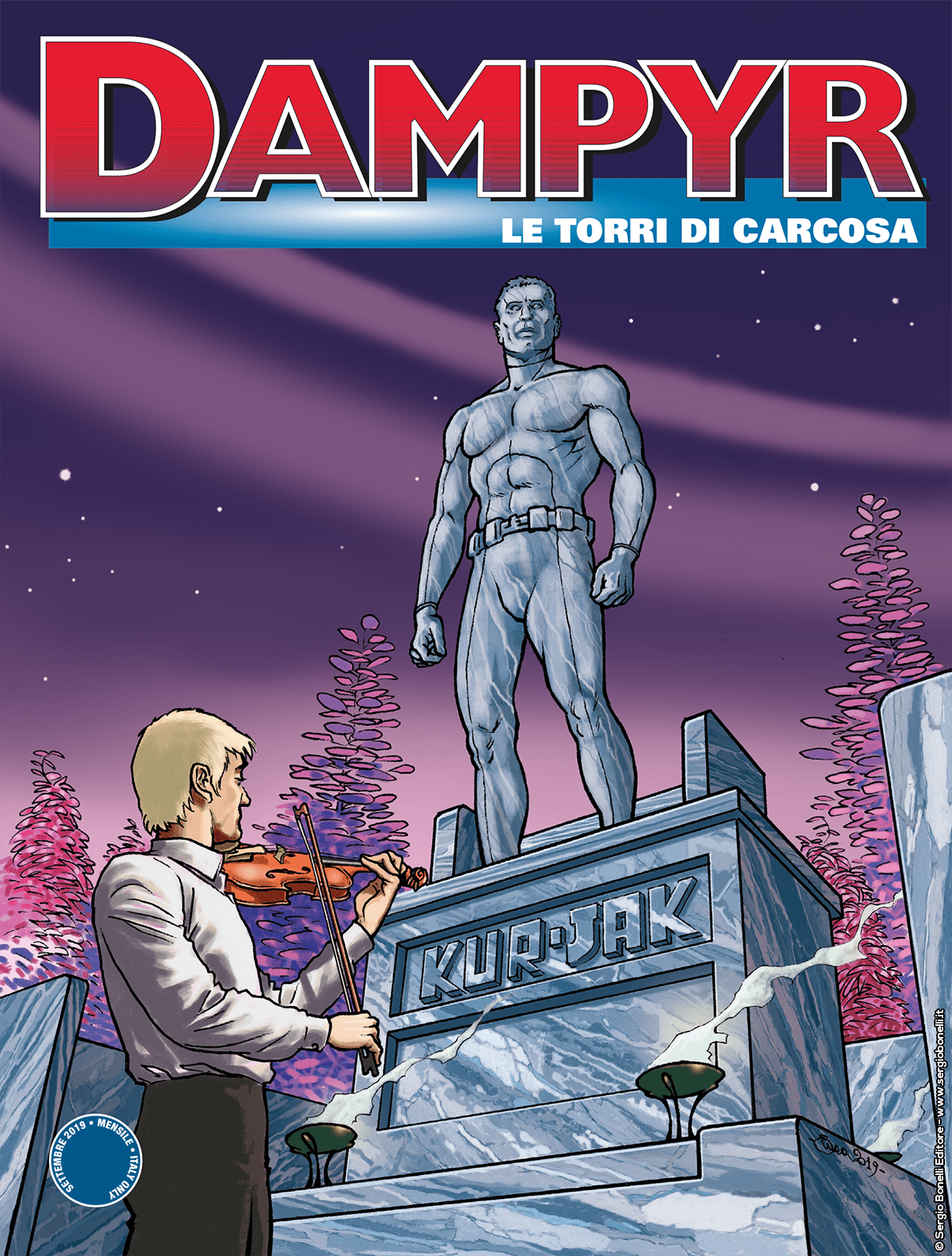 Introduction: Kurjak’s son is threatened by Nyarlathotep… and by his own father!

Carcosa, the mythical city at the limit of time where the advance of the Great Old Ones stopped, resurfaced! Its towers besiege the capital city of the crepuscular world ruled by Xeethra, that the dwellers of Dream – Alastor with his Chaos Army and, above all, the terrible Nyarlathotep – are trying to invade. Is Xeethra the legendary Queen Cassilda of the “King in Yellow”, the cursed play which induces madness? And is she the chosen one to receive the ominous Yellow Sign and pave the way for the Great Old Ones? Prince Emil dreamt about his father joining the Evil side, with the Pale Mask on his face, and asked Caleb Lost for help. But Harlan, his father Draka, Tesla, and Dandy the warrior woman are lost in the Black Desert…