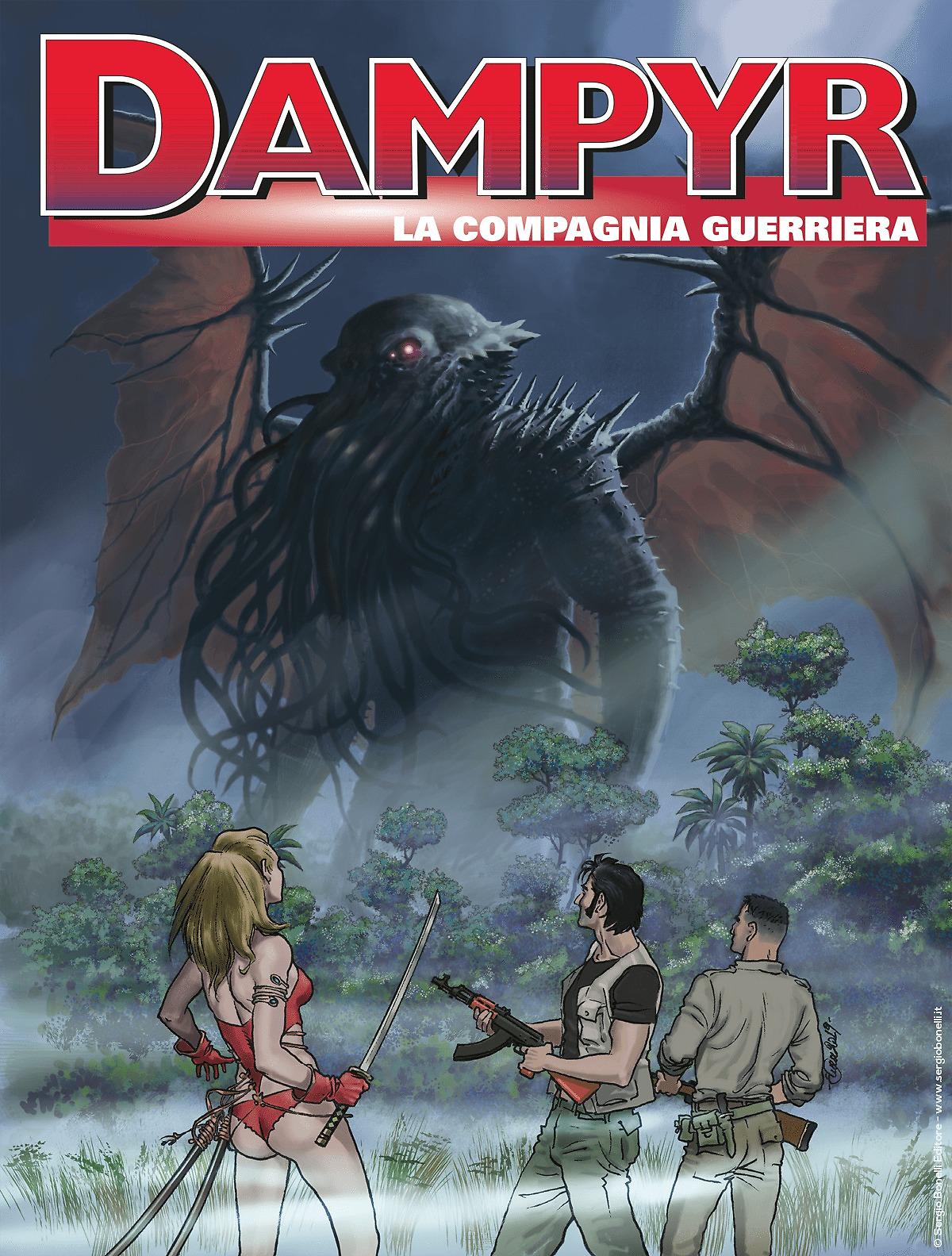 A fierce, no-quarter fight in the Austral continent of an alien world… When they are summoned to protect the settlers of Khandaria from the rebellion of the Vendias tribes, the female warriors of the Company – among them Commander Rhaleya, the blond girl, Asa, and Dandy, who once was loved by Kurjak the Hero — learn that their primitive enemies worship dark and ancient deities: their trivial guerrilla warfare might turn into a threat to the entire Multiverse! The Princes of Hell, through their knight, Savnok, offer an unprecedented alliance to Dampyr and co. Meanwhile, after the Vendias savages caught Dandy, she’s at risk of falling into the tentacles of a revived Cthulhu!...