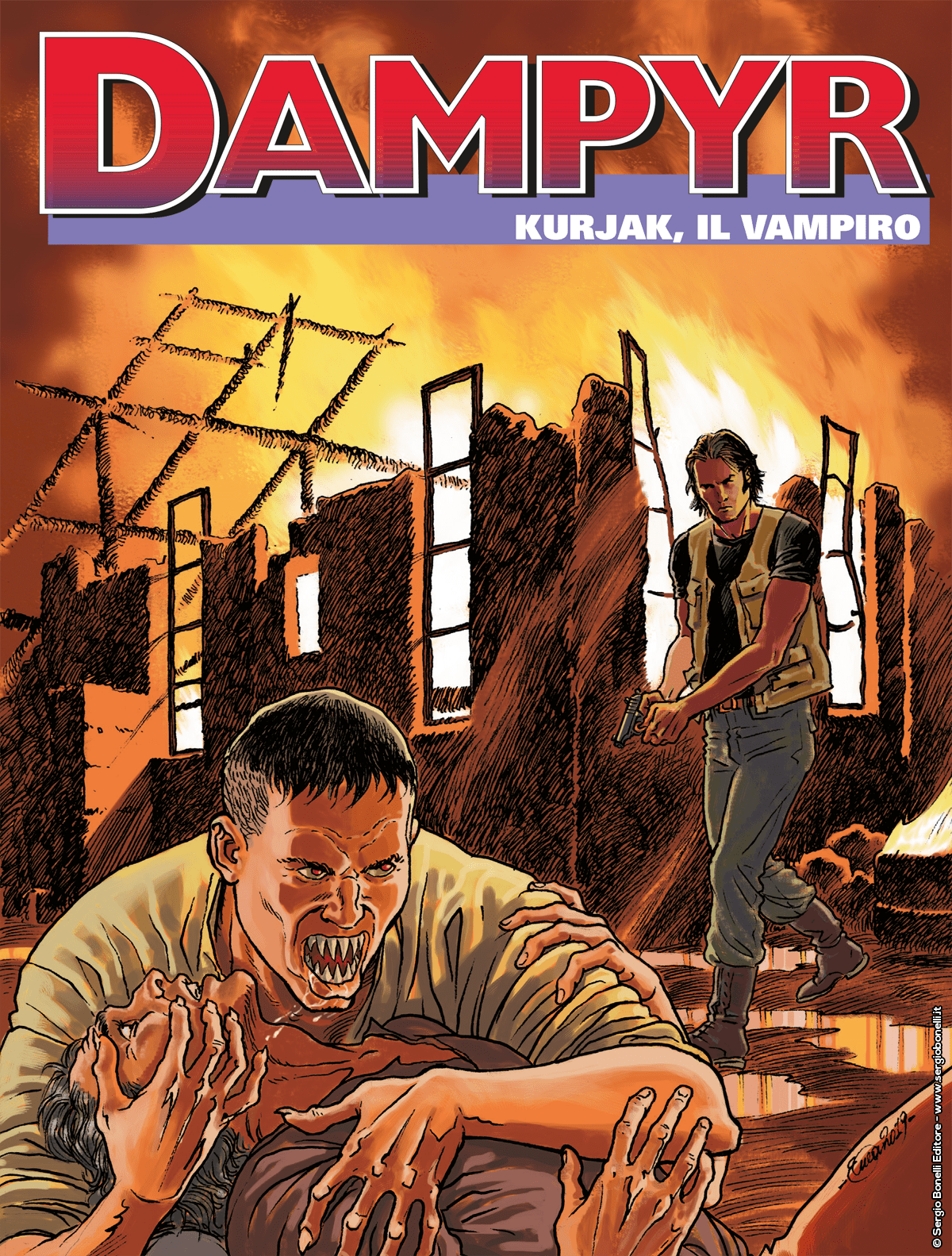 Introduction: Harlan and Tesla against Kurjak… How’s that possible?

Emil Kurjak, the only human in the trio of vampire-busters, has suffered from a bad cough for a while now. Also, a parasite that's known as “Pale Mask” has been implanted in his body on the orders of the fearful Ancient Ones. What else will happen to him? Which of Dampyr’s enemies has hatched this plan against our heroes?… And, above all, can Emil Kurjak, a staunch soldier and a dependable friend, fight against his long-time companions?