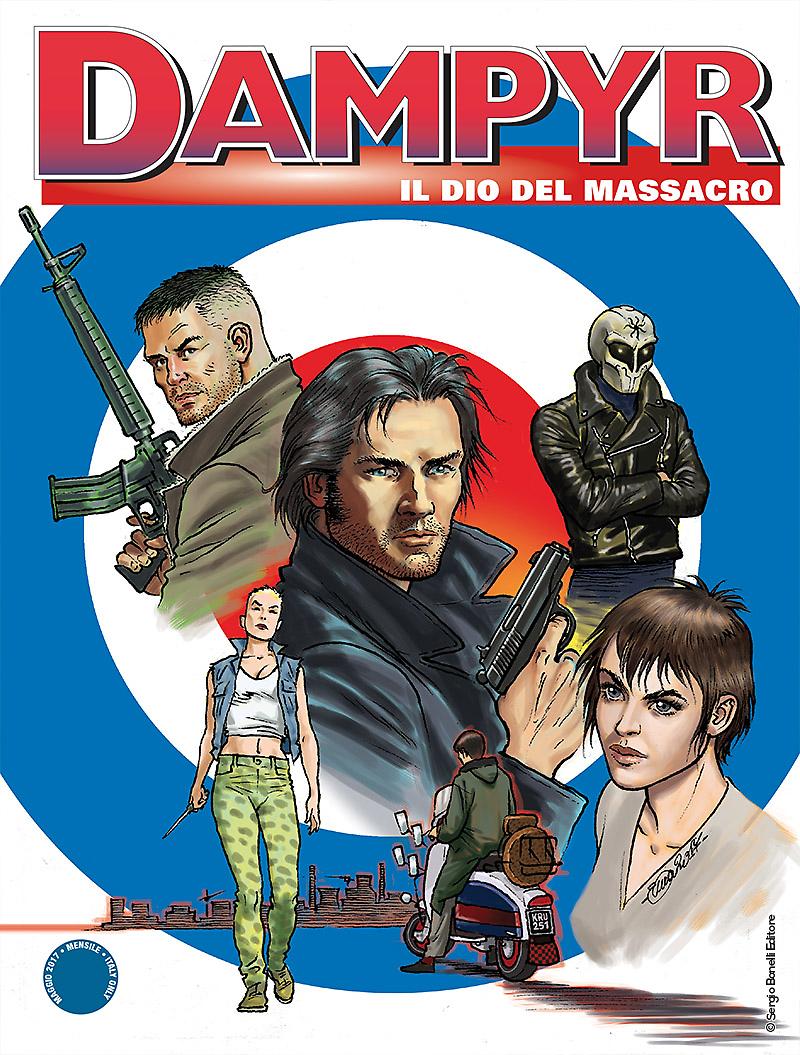 Introduction: In the middle of a fratricidal war, an old enemy resurfaces from Harlan's past...

Clashgod still keeps terrorizing Brighton, years after the fights between Mods and Rockers that saw a young Dampyr take part in it when he didn't know yet about his future destiny. Who is the "Massacre God" and why is his name echoing in the bloody war between Russian and Ukrainians now? Ringo Ravetch asks Harlan, Tesla & Kurjak for help, in his clash against "the Immortals," a gang of die-hard “foreign fighters” from England...