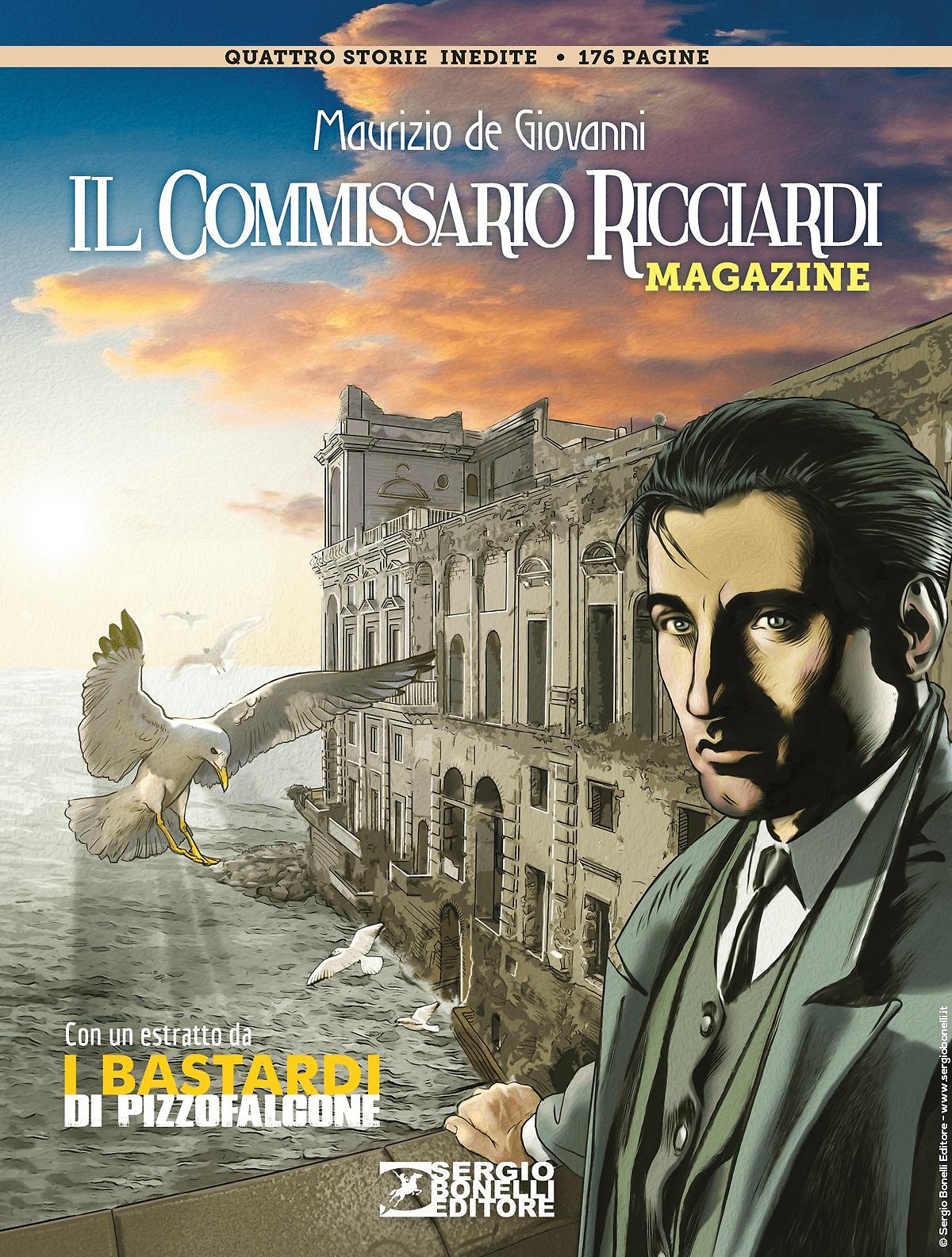 Introduction: Four unpublished-before stories starring the Neapolitan commissario and a preview from “I Bastardi di Pizzofalcone”.

The second magazine dedicated to Commissario Ricciardi contains the adaptation of five short stories by Maurizio de Giovanni, that have been turned into four comic tales, and a preview taken from “I Bastardi di Pizzofalcone” (with art by Fabiana Fiengo, and written by Claudio Falco and Paolo Terracciano). Also, de Giovanni tells us about the inception of the comic adaptation of Commissario Ricciardi’s stories, the settings of his adventures, and the origins of the series “I Bastardi di Pizzofalcone”.

A young man has to protect his father’s memory that some public events are putting in doubt. The situation will take a tragic turn, ending with a terrible fire that will kill many people.

This short story counterpoints (alternating between two different “kinds of love”) the stories “Quando si dice il destino” and “A volte”. One Sunday morning in summertime, commissario Ricciardi and brigadiere Maione are walking in the sunny and empty streets of Naples, to answer a call from Mrs. Logiudice, whose neighbor found her husband dead in their home. On the seafront, they pass by Enrica, who’s reading on the beach, but fate won’t let them meet. While she’s hearing the confessions of Rosaria, the poor widow of a fisherman, the two policemen will have to tackle a disquieting domestic crime.

Buenos Aires, June 17, 1924, at the Teatro Colòn. Giacomo Puccini’s “Tosca” is playing and the great tenor Arnaldo Vezzi stars in the role of Cavaradossi, singing the famous aria “E lucevan le stelle“. His young and beautiful wife, Livia, that he married three years before, is in the first row. The show is a huge success. And a night full of passion celebrates that magic moment. But from now on, the couple will never be the same again, after Livia tells his husband that she’s pregnant. Lies and unfaithfulness will mark their lives forever.

A prostitute is found dead in a whorehouse. Her laughing ghost, still mocking somebody in the rain, urges Ricciardi to find a solution that is very different from the first impression about the case. Our commissario has to reckon with his perception for the first time, and when he follows it, he’ll have to come to grips with his frightening gift.