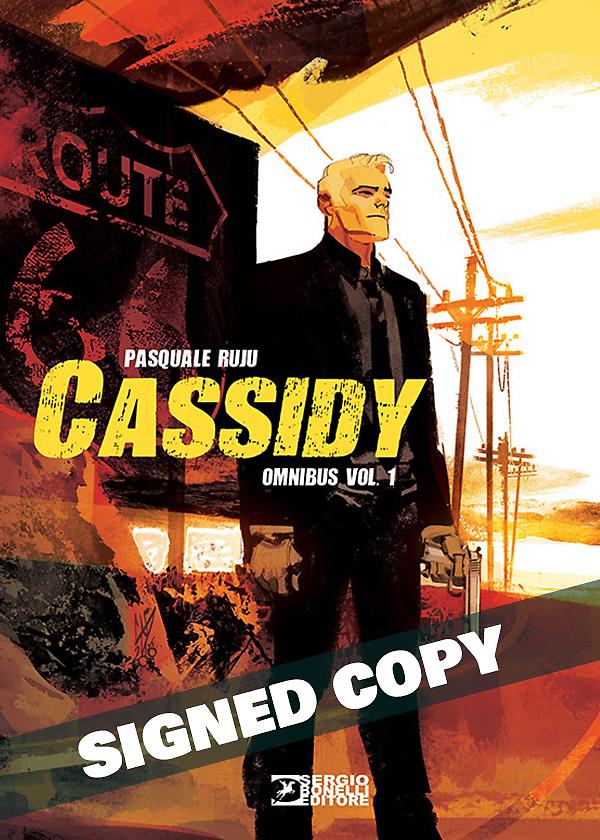 Here's the first of the three volumes collecting the entire Cassidy miniseries, the character created by Pasquale Ruju, a seasoned scriptwriter for Dylan Dog, Tex, and many other series.

Opened by the spectacular cover by Gigi Cavenago, this gangster saga, with a dark atmosphere and a supernatural edge, is set in 1970s Arizona. Raymond “Ray” Cassidy is a robber, an accomplished and experienced professional who devotedly follows the strict set of rules of his own “honor code”. A leader, and a charismatic figure that inevitably causes jealousy among his fellow criminals... until they choose to betray him, in the tragic night of August 16, 1977. And while the world mourns the death of Elvis Presley, the King of Rock'n'roll, a dying Ray meets the mysterious Bluesman…

This edition is signed by cover artist Gigi Cavenago.