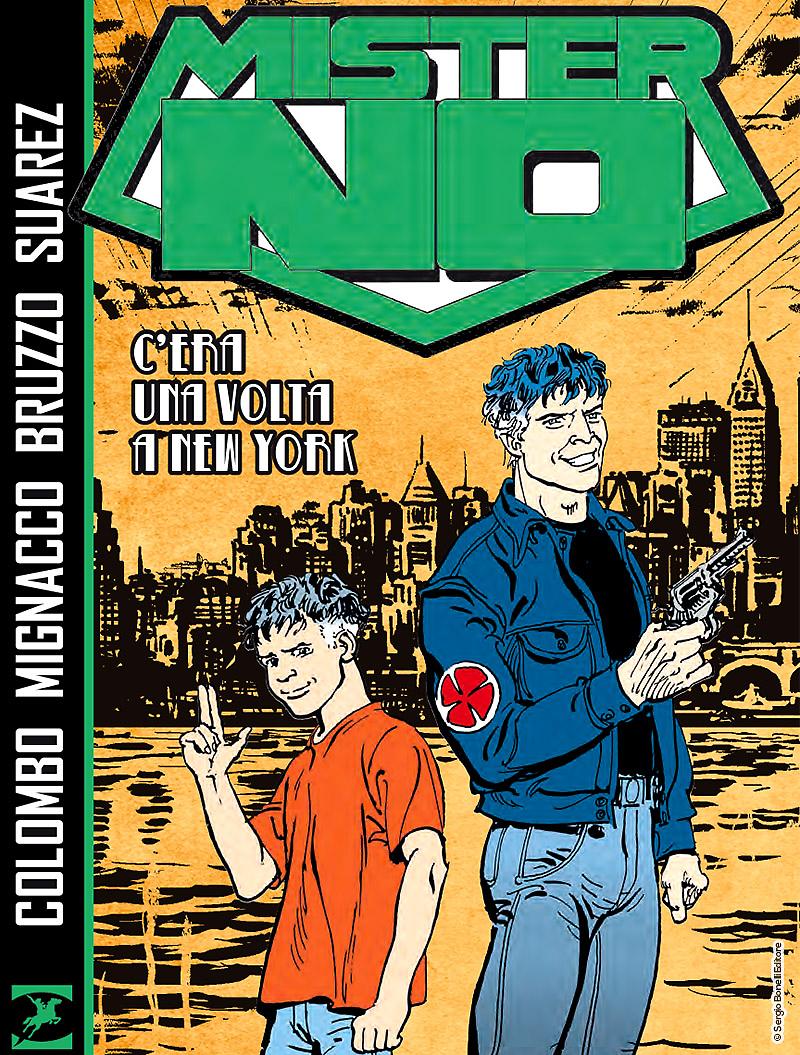 A complex and exciting character, made the most modern born from the pen of Guido Nolitta/Sergio Bonelli, Mister no lived - before moving to Amazonia - a complicated and dramatic life. C'era una volta a New York ("once upon a time in New York") tells a piece of his past, when a young Jerry Drake was fascinated by the underworld of 1936 Manhattan.

A cinematic adventure portraiting the violent and melancholic world of the Big Apple during the Depression.