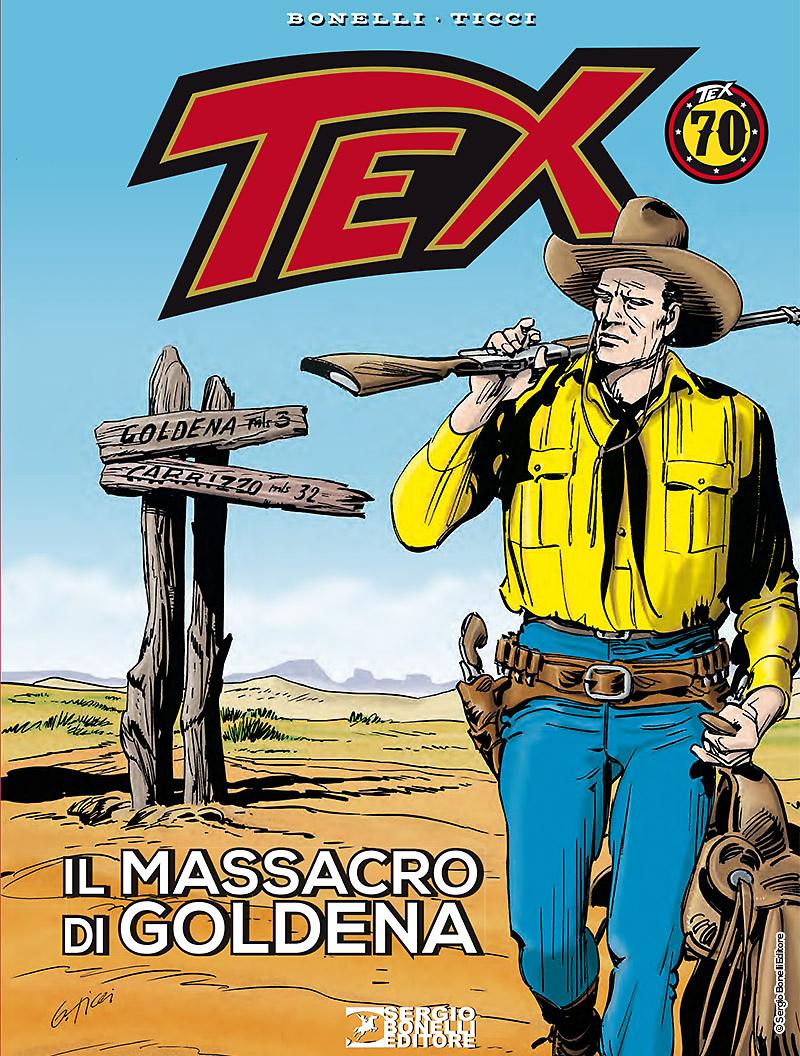 In the small town of Goldena, Tex clashes with a card cheater and gets him kicked out of the city. But the man, Fraser, sends the Apaches in town: nobody survives the massacre! With the help from his pards and the Army, Tex is looking for the killers...

Before writing the script in comic form, Gianluigi Bonelli wrote the novel of Il massacro di Goldena. Today, for the first time, the novel - richly illustrated by Aldo Di Gennaro - and the comic, with art by Giovanni Ticci, are collected in the same book.