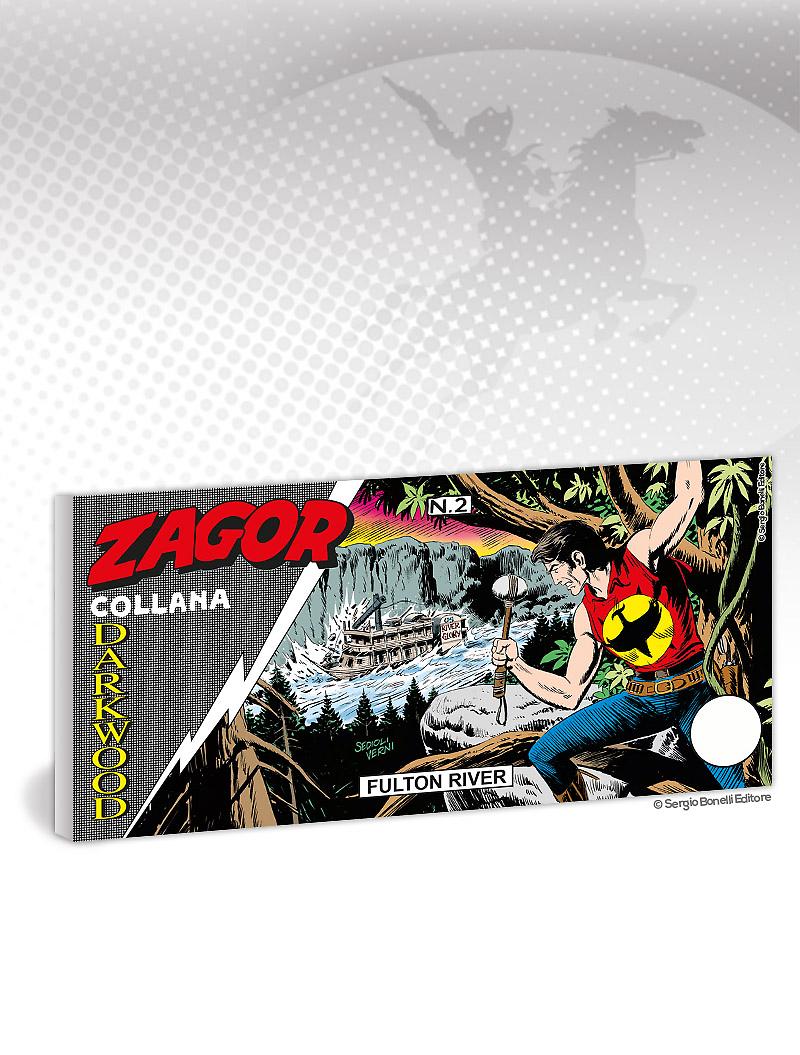 Introduction: Will Zagor find the mysterious boat before the Native warriors?

At Fulton’s trading post, Zagor clashes with Captain Rosemberg and his assistant, Lieutenant Daye. Eavesdropping their conversation, the Spirit-with-the-Hatchet learns that their boat had been carrying something dangerous and asks for an explanation. He’s told to leave the thing alone since it’s strictly confidential. But the King of Darkwood starts looking for the wreck of the boat, that has been gone adrift after the river flood. And a band of fierce Native warriors is on the tracks of the ship, as well...