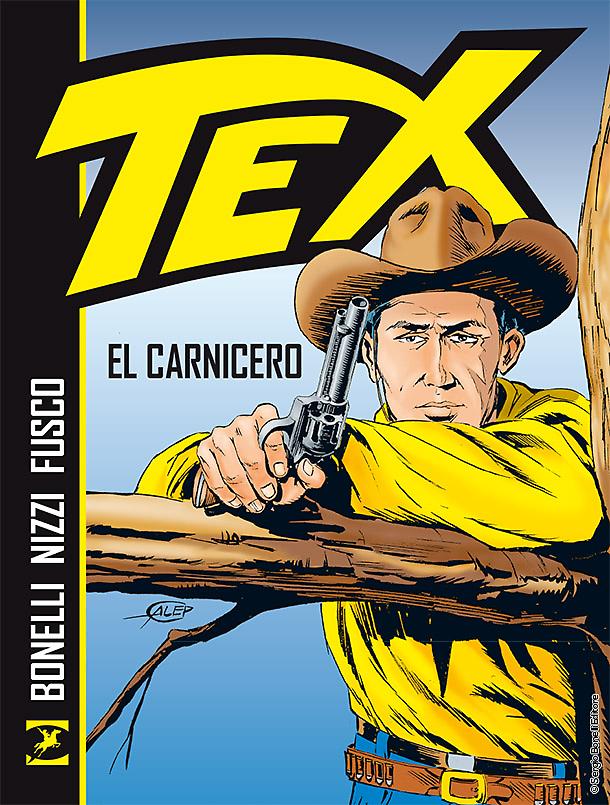 For the first time in a single tome, the clash between Tex and Paul Balder, aka "El Carnicero"! The merciless cattle raiser with a crave for money, after being defeated by Eagle of the Night and his pards and presumed dead, come back years later looking for revenge.

El Carnicero is a saga you can't miss, written by Gianluigi Bonelli (the first part) and Claudio Nizzi (the second) with art by the great Fernando Fusco.