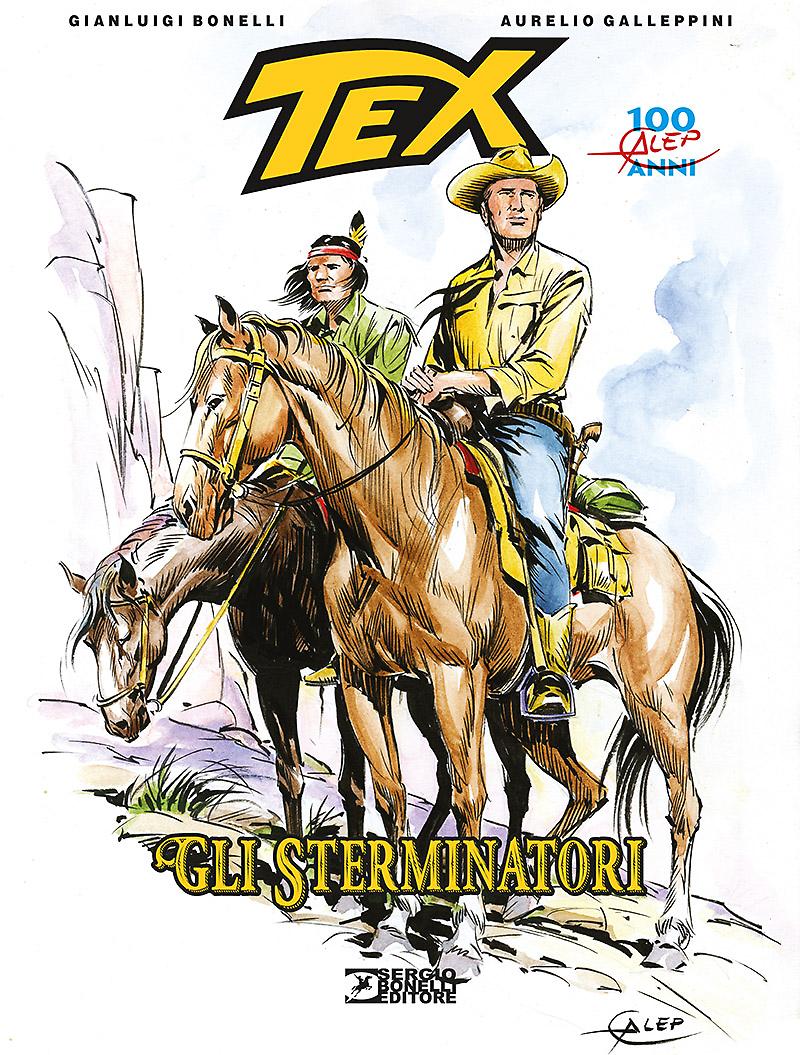 To celebrate Galleppini's centenary, here's a very special album. It's a comeback - now in a large-format volume, with a hard cover and in full color - for a not-to-be-missed classic story by GL Bonelli & Galep: "Gli sterminatori", a book that the artist from Casal di Pari created in his graphic prime.

A pack of buffalo butcherers is scattering rotting carcasses in the Ute reserve, infecting the land. Two shady characters from Monticello are scheming behind the scenes of that useless massacre: a businessman, Nick Barrow, and Cristian Mayer, a greedy Indian agent who issues hunting permits in exchange for hard, ready cash. But both of them will have to reckon with Tex!