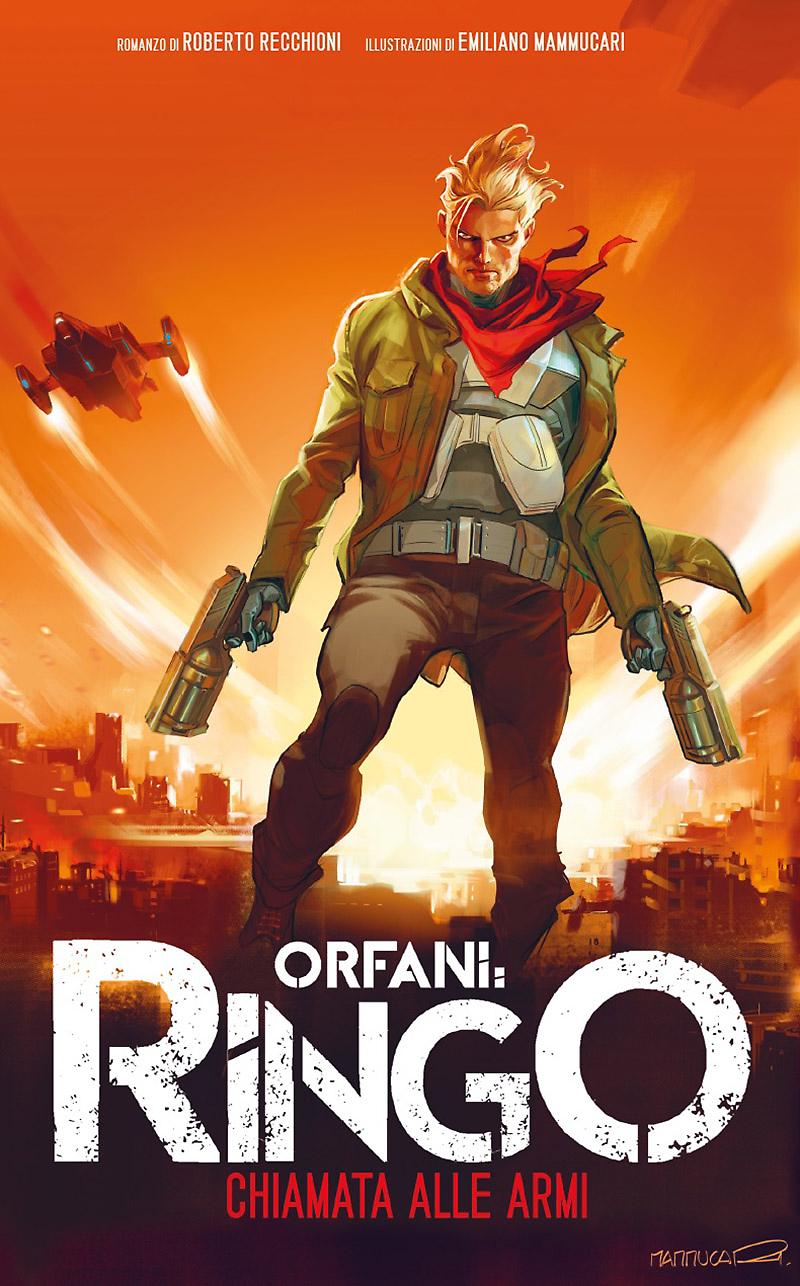 A novel by Roberto Recchioni, Orfani: Ringo - Chiamata alle armi tells what happened between the first and second seasons of the comicbook.

Ringo is a lost young man, the sole survivor of the cruel battle between the members of Orfani. He becomes the controversial leader of a group rebelling against the corrupted and iniquitous in the Italy of a dystopian future.

Published by Multiplayer Edizioni, Orfani: Ringo - Chiamata alle armi is a pop novel mixing western and fantasy, illustrated by Emiliano Mammucari. This first edition is packed in a special cardbord box and sports an exclusive bandana similar to the one worn by Ringo himself.