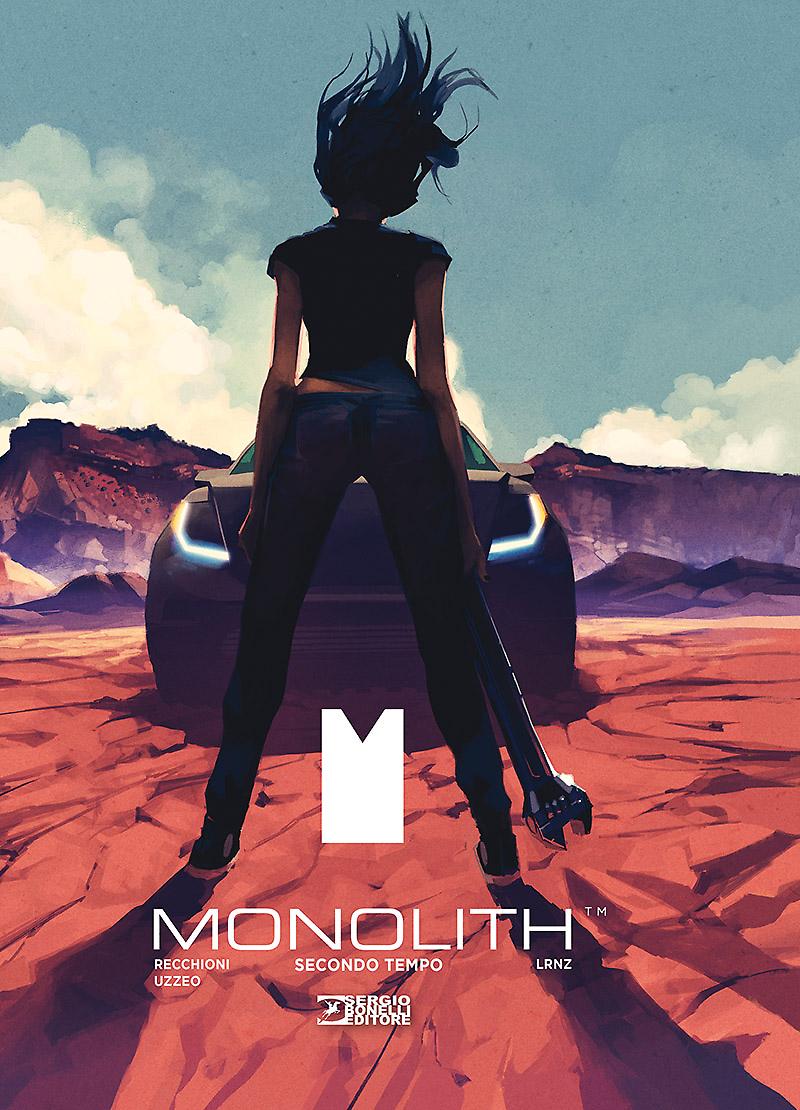 Here's the second and final chapter of the sci-fi story created by Roberto Recchioni, Mauro Uzzeo e LRNZ. Monolith has already become a movie, co-produced by SKY, Lock and Valentine and Sergio Bonelli Editore, that will soon be at movie theaters.

A cutting-edge car, the most reliable and safe on the market: that's what Sandra received as a present from her husband Carl, who wants only the best for her and their beloved son, David. On the Monolith, Sandra and David leave for a trip. Once they reach the desert, a series of unfortunate little events results in an awkward situation: David is locked in the car, while Sandra, outside, needs to try everything to save him.