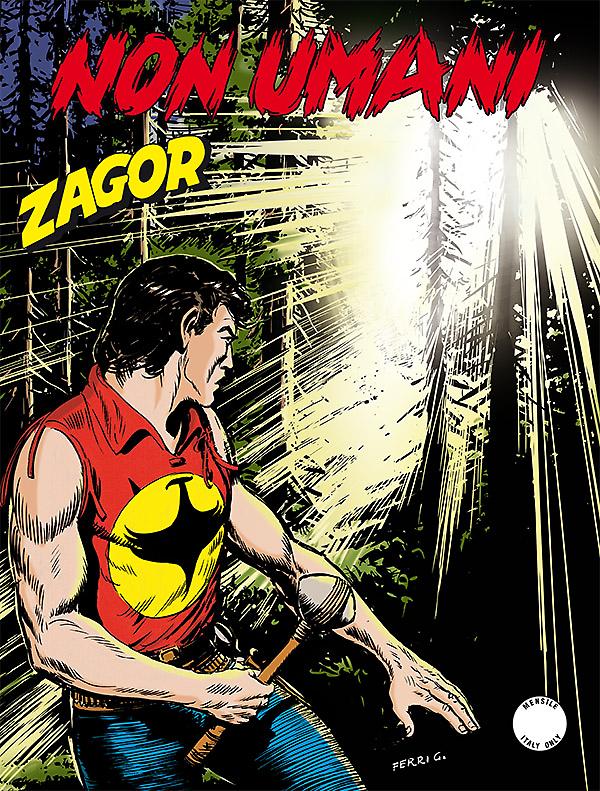 Introduction: Ruthless killers are tinging Darkwood in blood... But where did they come from? The only thing Zagor is sure about is that they are not human!

A mysterious light with a mighty power shines at night in the trees of the wood. The Native hunters who are camping nearby and go near that light to see what it is vanish into thin air. The next day, someone or something starts killing miners, trappers and soldiers who are caught near the place where that nightly blaze appeared. Zagor and Tonka investigate and find themselves in front of three creatures, each of them endowed with special powers... And they're led by an old acquaintance of the Spirit-with-the-Hatchet's, who is hungry for revenge!