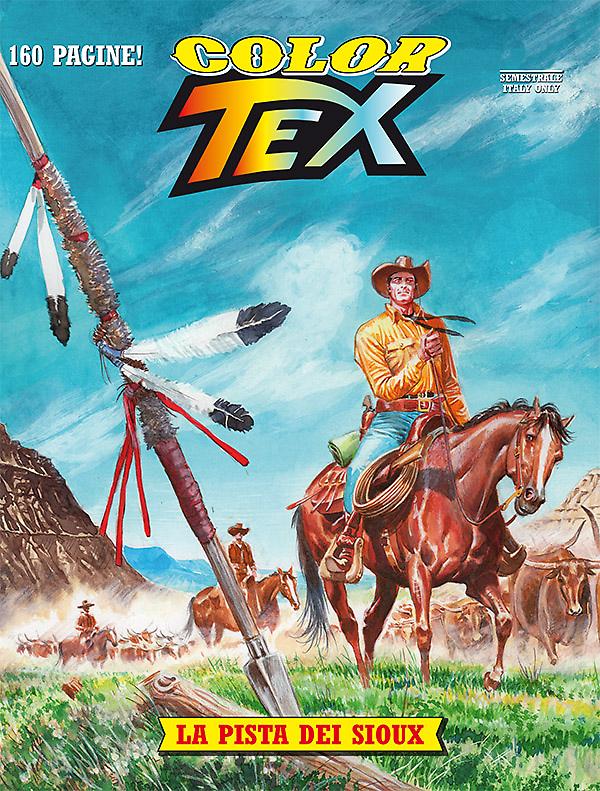 Introduction: In the Great Prairies, blood and Tex's hot lead!

Under the fake identity of Ted Miller, Tex joins a group of cattle drivers where a murderer is concealing. Among the myriad problems that the cowboys are facing, the weather and a killer's threat, Tex has also to face rebel Sioux warriors led by a new, young chief!