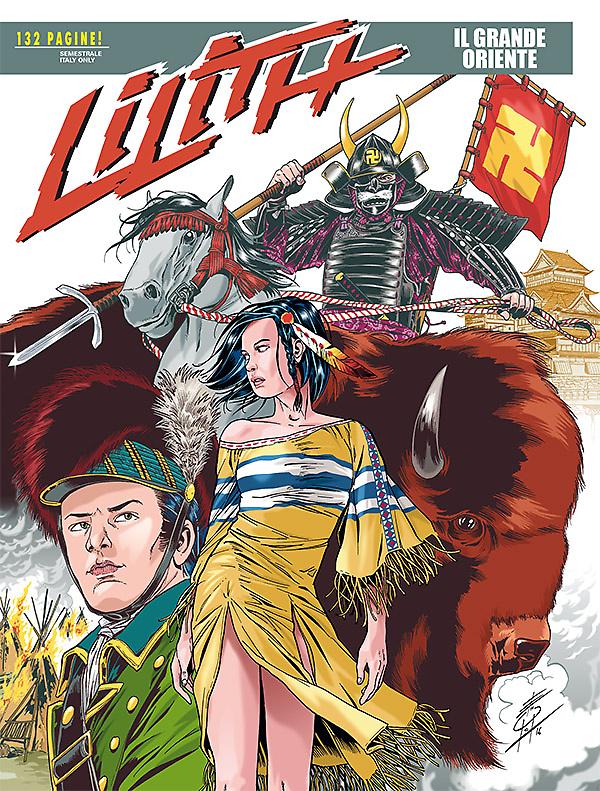 Introduction: On the Oregon Trail, Lilith and her companions are hunted by Colonel Tarleton!

North America, end of the 18th century. Lilith's adventurous journey across the continent continues, following what we know from the Wild West sagas as the Oregon Trail, towards the territories of the Japanies colonies. Along the way, in places where Europeans have never set foot before, their motley crew of rebellious settlers and exiled Natives is fiercely chased by a group of British hunters led by Colonel Tarleton— he's determined to prevent the success of their diplomatic mission. Meanwhile, a young samurai, Jerome, is banished and sent eastwards; this way, he's unwittingly getting nearer to the woman who, several years ago in Japan, killed his father, the bearer of the Triacanth at the time.