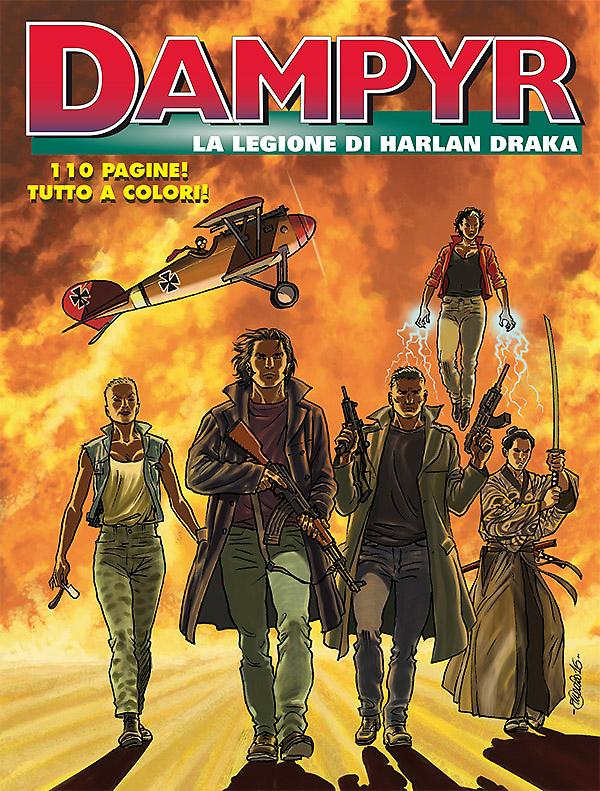 Introduction: In a full-color album, Dampyr versus Erlik Khan: is it the final clash?

In the cruel Middle Eastern war theater, there's a new protagonist: he tramples the other armies with his invincible troops and someone says that he is the God of Death himself, Erlik Khan! Harlan receives a gauntlet from his old enemy and occasional ally, a loyal friend of his father, Draka, who now has changed into a mortal enemy. But, in order to face undead warriors from every era, the veterans of a thousand battles who form Erlik's ranks, our Dampyr will have to gather around himself his own personal legion of heroes. He will lead them in the mother of all battles, in a night of blood and fire that will turn out to be endless...