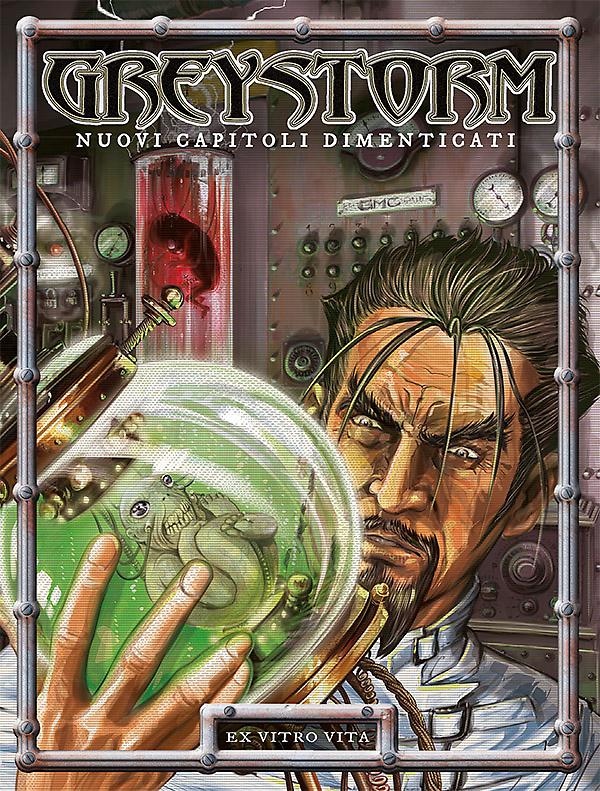 Introduction: Before his final battle, Greystorm meets the contemporary Prometheus!

While his secret HQ is still under construction, in 1906, Robert Greystorm, the mad scientist, is confronted by an unexpected reality: besides him, someone else has the ability to make scientific discoveries ahead of their time that might change the world! But when he'll be face-to-face with a young woman who inherited a knowledge beyond human possibilities, Greystorm will have to reassess his own future!