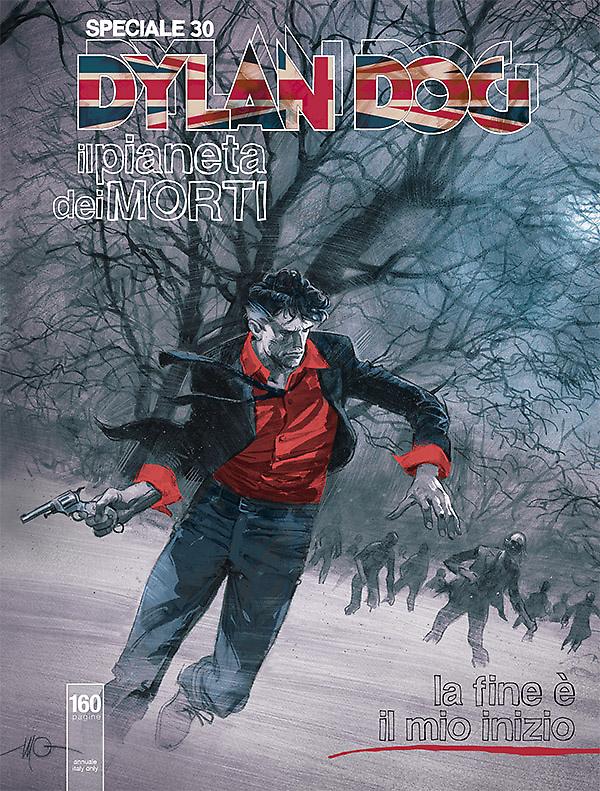 Introduction: An aged and disillusioned Dylan, in between past and present, roams the Planet of the Dead

The saga of the Planet of the Dead, with an aged and disillusioned Dylan Dog in an alternative future where London is invaded by the Returned... While the Nightmare Investigator is standing in between past and present he meets Werner, the man who created the oasis, and Herbert, a Forgetful One who's beginning to rip the veil between the illusion and real life...