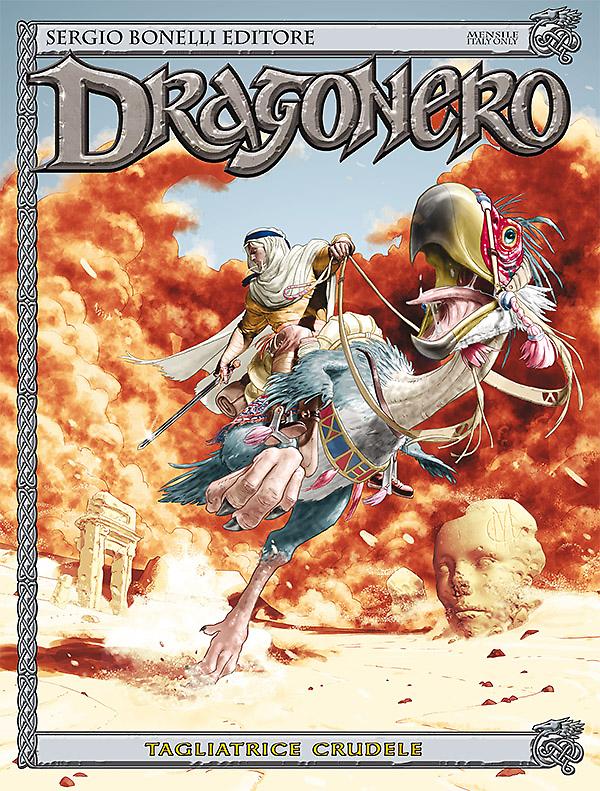 Introduction: Following the visions that haunt him, Dragonero will find the secret origin of the sword he brandishes!

What's the meaning of the visions that are tormenting Ian? Why do they urge him to look for the mythical palace of Brokkr, the maker of blades? If he wants an answer, Dragonero will have to follow the path opened by his ancestor, Aarno Savageface centuries ago! That's the only way he'll be able to find the dark origin of his sword… the fearful Cruel Slasher!